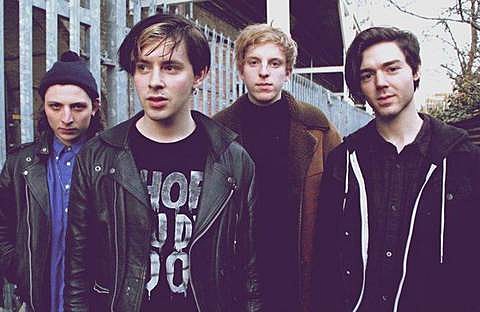 With their EP Delicious release of September 2012, Birmingham's Peace showcased four distinct sides to their musical personality. There was the twitchy Foals-like number; another harking back to the ragged blues-rock of The Doors. The EP was high in quality, but posed a question: just what do Peace really sound like?

2013 will provide the answer - although the shape this blossoming band settles on is likely to be left malleable. Comparisons to Vampire Weekend and Friendly Fires are impressive on-paper parallels. But Peace are hinting at something rather more singular, and they'll want to deliver music that connects with unique effect, rather than via echoes of recent past. - [BBC Sound of 2013]

UK group Peace (not to be confused with Vancouver punk band of the same name) are on the "longlist" for BBC's Sound of 2013 poll and their single "California Daze" came in at #13 on NME's Best Singles of 2012 list. As mentioned above, there's is a Foals-esque vibe to their music, but comparisons could be made to Mystery Jets as well. You can stream "California Daze" below and watch a few music videos as well, including one for their new single, "Wraith."

New Yorkers (or visitors to the area) who want to see what al the fuss is about in person will have that opportunity next week, as Peace are making a quick American visit to both coasts next week and will be in NYC on December 19 for two shows. They play a free early show (7PM) at Pianos, and will then head across the Williamsburg bridge to play Glasslands, opening for Touché, a show that also has Rarechild, and Night Shining on the bill. Tickets are still available. If you can't make it to those shows, Peace will be back in 2013 for SXSW which may include some non-Austin dates as well, we'll see. 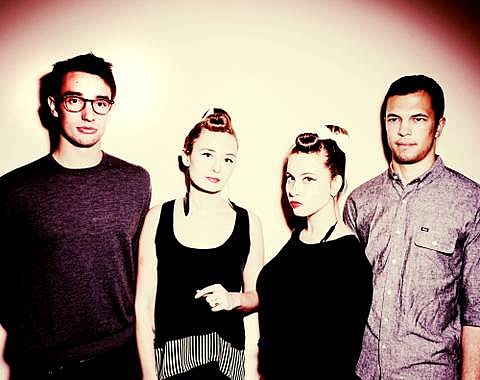 If you're going to that Pianos show and want to stick around, the show immediately after (doors at 8PM, but not free) features a headlining set from Brooklyn's San Fermin a group that features Ellis Ludwig-Leone who has worked (as an assistant to Nico Muhly) on arrangements for The National, Passion Pit, Sufjan Stevens, and more. Sam Fermin (that also features Holly Laessig and Jess Wolfe of Lucius) make music equally indebted to indie rock and theatre, and you can stream a track below which is from their self-titled debut, out in February 2013. The late show at Pianos also has Annie & the Beekeepers and Great Caesar on the bill and advance tickets ($8) are available.

Tour dates, videos are streams are below...