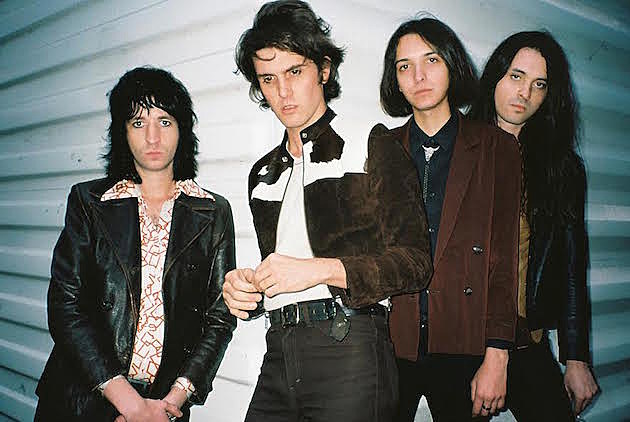 Telegram formed in London back in 2013. With Welsh singer Matt Saunders' trilly style, the band sounds like The Undertones, if they formed in Cardiff instead of Derry, Ireland...and were produced by Eno. (Unsurprisingly there's a little early Super Furry Animals in there too.) The band's debut single, "Follow," was produced by the in-demand Dan Carey and the band have toured with The Horrors, Temples, and Palma Violets.

The band are finally set to release their debut album, Operator, which was produced by onetime Test Icicles guitarist Rory Atwell, and is out March 18 via Red Eye. Their new single is the glammy rave-up "Taffy Come Home" and its video, which looks like it was made in 1981 and was directed by Douglas Hart (an original member of The Jesus & Mary Chain), premieres in this post. Watch below.

The band will be visiting the U.S. next month for SXSW and will be playing other shows as well, including NYC at Pianos on March 24 with Brad Goodall, Stephen Babcock, Luca Di Fabio, and MTT. Tickets are on sale now.

More U.S. dates are still to be announced, but all scheduled dates are listed below...