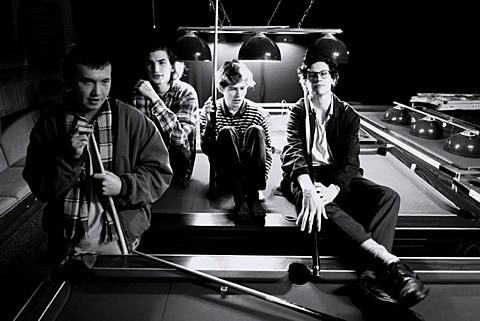 In the past year, UK rockers The Magic Gang have dropped a few tracks online like "She Won't Ghost" and "Shallow," and they're now set to release a new single, "No Fun" / "Alright" on April 16 via Telharmonium Records. We've got the premiere of "No Fun," and though it shares a title with a Stooges song, it sounds more like if Blue Album-era Weezer were into shoegaze instead of Kiss. Appropriately, they recorded it with Andy Savours, who also worked on 2013's My Bloody Valentine album.

They've got a European tour with Wolf Alice (who played NYC on Saturday) starting this weekend, but no US shows yet. All dates are listed, with the new song, below...