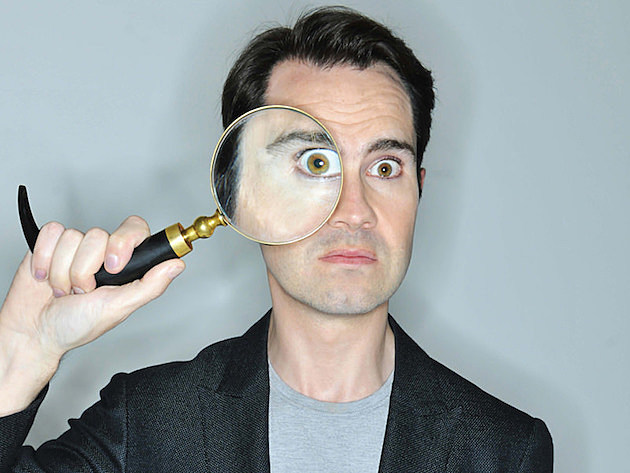 Mainstay of British television, radio, and stand-up Jimmy Carr has a staggering 147 live dates currently on his itinerary for 2016 and 2017. 106 of these dates will take place all over the United Kingdom and are billed as The Best Of, Ultimate, Gold, Greatest Hits Tour wherein he will thrill audiences with a vast selection of his best-loved material as well as a good deal of new material. His other 41 dates are being billed as Funny Business and span the globe, including stops in South Africa, Sweden, Austria, The Czech Republic, and more. Among his 'international' dates are a handful of shows happening in the United States including three shows at NYC's Gramercy Theatre on March 25 & 26. There is an early show and a late show on 3/25 and one show on 3/26. The early 3/25 show is sold out but tickets are still available for the other two.

Stateside, he's also got shows at Boston's Wilbur Theater on March 24, LA's Largo on April 20, San Francisco's Cobb's Comedy Club on April 24 and 25, as well as a slot on Austin's Moontower Comedy and Oddity Festival on April 22. This is an unbelievable opportunity to see one of Britain's most prolific and well-known comedians in the flesh. Some Carr videos below.

And don't forget to catch Scottish comedian Daniel Sloss this week in NYC!