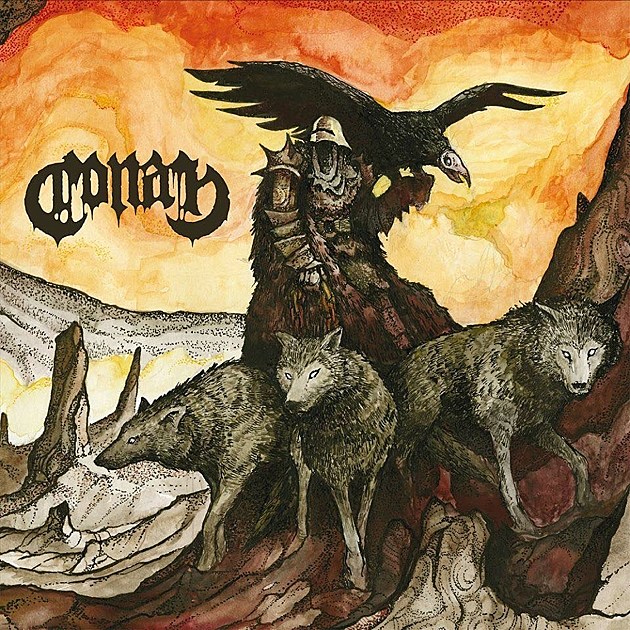 UK doomers Conan are touring the US this year behind the release of their new album Reveangance, which is being released this week (1/29) on Napalm Records, and can now be streamed in full.

Revengeance is an absolute crusher. Conan go at you more directly than on past albums -- there's less buildup, more front-loaded attack here, with the band spitting out riff after glorious riff. They utilize unusually dynamic vocals here, with screaming in both high and low registers either trading off or coexisting in a way that suggest a unique kind of anger. You can stream the album below (via Noisey), and see if you can keep your head from bobbing.

Conan's tour with Serial Hawk hits NYC for a show at Saint Vitus on March 8, and tickets for that are still on sale. They're also hitting Treefort Fest later in March.