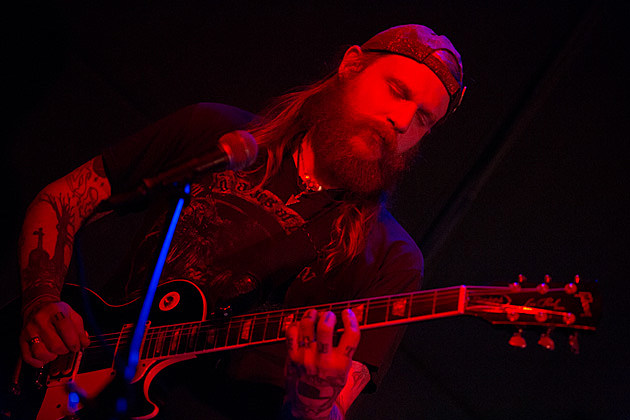 UK doomers Conan have been dropping killer records for the past-half decade, but they've yet to make it over to the US. Now, surrounding their upcoming appearances at Maryland Deathfest and Psycho California, they'll go on their first-ever US tour. They've got killer support on board, coming from Seattle's similarly doomy Samothrace and promising German duo Mantar, who will finally play NYC after skipping it on their March tour.

The tour brings Conan and Mantar to Brooklyn's Saint Vitus on May 22, the day after both bands play MDF, and though Samothrace isn't on that bill, they'll headline their own Vitus show two days later (5/24). Tickets for both of those shows will be available via Ticketfly soon. All dates are listed below.

Conan's latest album is 2014's Blood Eagle, the followup to 2012's Monnos. It's only six tracks, but the songs take their time (two hit the 9-minute mark) and most of them lean towards the genre's droney side, though album single "Foehammer" is pretty driving as far as this stuff goes. Watch the video for that one, with a full stream of the record, and music from their tourmates, below.