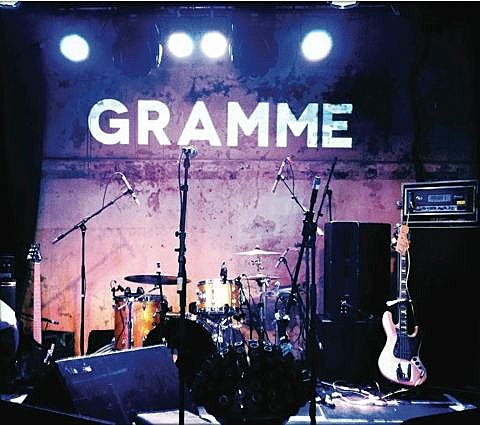 UK group Gramme dropped their debut EP, Pre-Release, in 1999 on Trevor Jackson's Output label. The band's dubby, fuzzed-out, bass-heavy punk-funk sound was entirely out-of-step with what was going on at the time, but interest in the EP rekindled when the music zeitgeist caught up to the band around 2003. The EP's standout cut, "Like U," became ubiquitious in clubs and was championed by the likes of James Murphy and Hot Chip. (You can stream it below.) Then the band all but disappeared.

Word of new Gramme material began circulating in 2011 and the band quietly put out a coulple 12"s last year. Now, 14 years later since Pre-Release (whoa), Gramme have finally returned with Fascination, their first-ever long-player which is out now on Tummy Touch. While some of their rough edges have been cleaned up, vocals are less shouty, and they are working in more of early-'80s mode. The rhythm section that made "Like You" are still a force. You can download "Too High" above and watch its video and stream the entire album below.