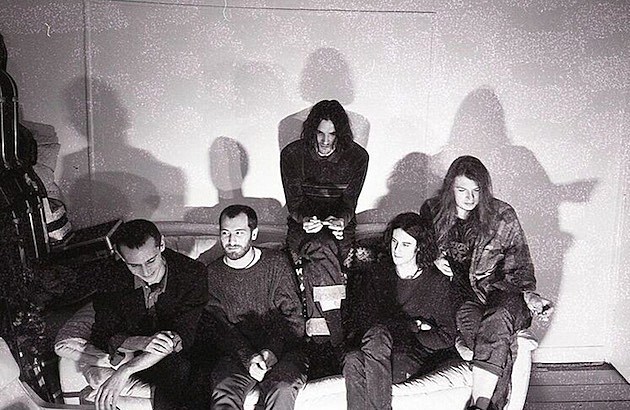 Formed in Berlin but cultivated in London, the core of Ulrika Spacek is Rhys Edwards and Rhys Williams who share a love of krautrock, psych and late-'70s New York. The Rhys's honed their sound -- dark guitar rock with a love of drone and sinewy, intertwining leads -- over the last couple years, and are now a five-piece. Their debut, The Album Paranoia, is out today via Tough Love Records. If your tastes lean towards Verlaine, Sonic Youth and Spacemen 3, the LP is highly recommended. You can stream the whole thing below.

Ulrika Spacek begin a short UK tour tonight (2/5) in London. Those dates are below.