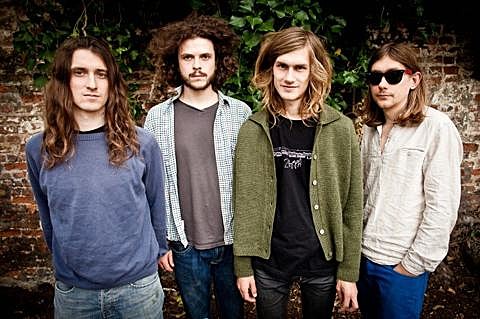 Prog/psych/folk quartet Syd Arthur hail from Canterbury, England and released their debut album, On and On, last year, which got four stars in Mojo. While the album has its share of time signature left turns and trippy elements, pop songs are at its core -- with some nice jazzy moments too. One of the band's distinct sonic elements is violinist Raven Bush, whose aunt is Kate Bush. Paul Weller is also a fan. Maybe you saw them at this year's SXSW? You you can can stream a few tracks below and the whole record's up on Spotify.

As mentioned, Syd Arthur will be coming to the U.S. next month for a show at Mercury Lounge on June 18 with Celestial Shore. Tickets for that show are still available. It's their only North American show, but all upcoming dates (mostly in the UK) are listed below.

Syd Arthur - Edge Of The Earth