I'm a Queen AND Scissor Sisters fan, but I don't get Mika.The headlines:

MIKA IS GRACING US WITH HIS NO1 SMASH

Mika Rockets To Number One With Debut Single 'Grace Kelly' 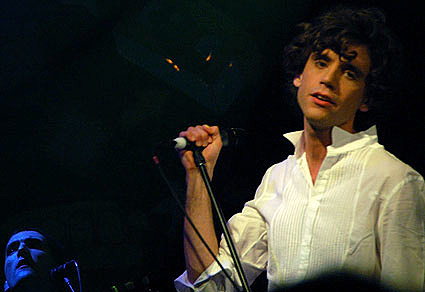 I was invited to see him perform on Monday at the new (but not officially opened yet) venue The Box on the Lower East Side of Manhattan. I already knew Mika was annoying, but I couldn't resist the opportunity (there was open bar too). It was an invite-only showcase, but they (Universal?) must have invited everyone they ever met because the place was PACKED - not exactly the positive experience I had in the same venue when Queens of The Stone Age played there.

Luckily it wasn't too long before Mika and band took the stage, and I managed to find a somewhat comfortable spot. Three-and-a-half songs in, curiosity satisfied, I left. Maybe I should have at least held out for the gift bag. 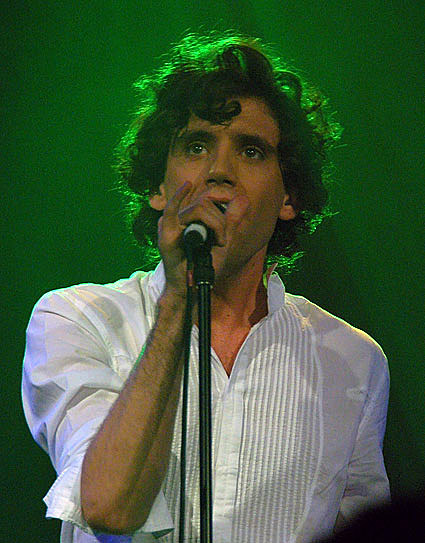 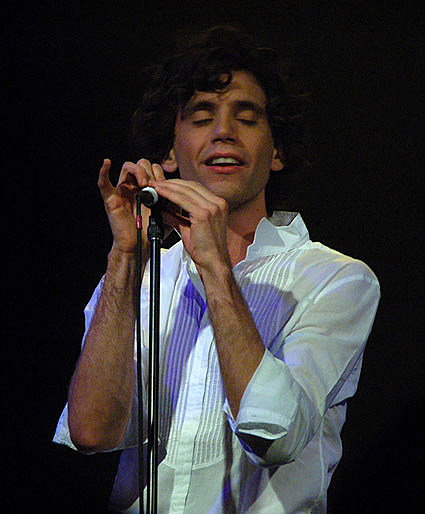