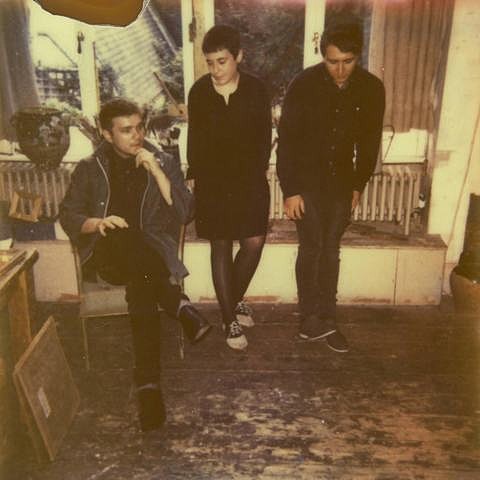 London's trio Flowers are on their way to the U.S. for NYC Popfest, where they'll play this Saturday (6/1) at The Bell House as part of a bill that includes New Zealand headliners The Bats as well as fellow UK acts Tigercats, The Hobbes Fanclub, and The Proctors as well as Sweden's Azure Blue. Tickets are still available. It's the band's only North American show, but all upcoming (mostly UK) dates are listed below.

Flowers' debut 7" was just released via Cloudberry records and should appeal to fans of noisy, reverb-drenched indiepop (aka nearly everyone going to Popfest). "You Held My Hand" is especially good. You can still get the vinyl but the band have nicely made the tracks available as a free download on Bandcamp, and you can stream all four songs below.