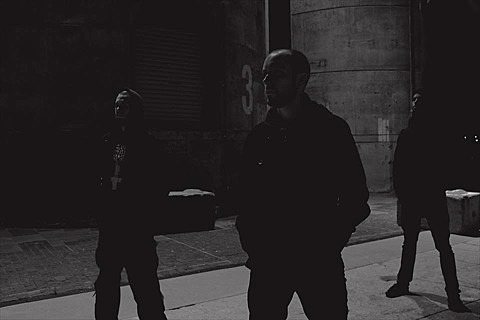 New Zealand's Ulcerate are one of the most exciting active metal bands in any genre. It's pretty rare for a band as esoteric and difficult to process as they are to draw a big fanbase, but their Neurosis-meets-death-metal approach has earned some pretty serious popular accolades for each of their albums since 2009's breakout Everything Is Fire. They're also both a dominating live band and a rare sight around these parts; they haven't made it to American shores since their brief tour with Tombs before the 2012 edition of Maryland Deathfest. (I was worried that they'd never come back after their van got robbed here in New York last time around.)

Ulcerate put out a killer album called Vermis last year, which you can stream below. They're also returning to MDF this year, and have just announced a more extensive North American tour alongside the equally-killer Inter Arma in the month leading up to the fest (May). The tour will hit NYC at Saint Vitus on 5/10, with Car Bomb providing additional local support. Tix are on sale now.

Inter Arma will be in NYC even sooner when their tour with Russian Circles and KEN mode hits Bowery Ballroom (2/20) (tickets) and Saint Vitus (2/22) (sold out).

Check out the full tour dates and listen to Vermis below...