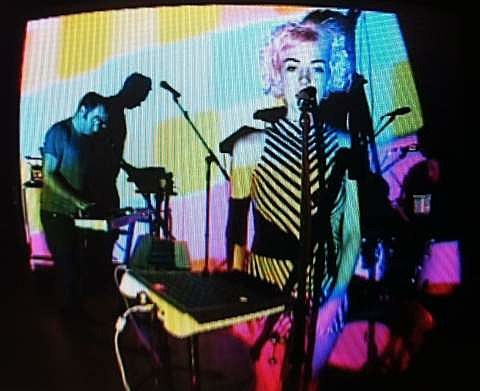 Ultraista are about to play their first US shows, including dates in Los Angeles, San Francisco and here in NYC on October 24 at Le Poisson Rouge which is part of the Wordless Music series. Tickets are still available, which is surprising given Godrich's CV, but if you'd like to go for free, we're giving a pair away. Details on how to enter are below.

In related news, Atoms for Peace (Thom Yorke plus Flea, Godrich and Waronker) will release their "Default" single on 12" vinyl on November 19. It's available for download now and you can stream it below.

Also below, a video for Ultraista's "Bad Insect" and a remix of "smalltack" by FourTet, plus North American tour dates.

======================
For a chance at winning a pair of tickets to see ULTRAISTA AT LE POISSON ROUGE: either tweet something that includes both @BrooklynVegan AND "BAND" in the tweet, or send an email to BVCONTESTS@HOTMAIL.COM with the subject line "ULTRAISTA." Include your first and last name in the email. We'll pick a winner at random and contact them with more details. If you enter by email, it will not be shared with anyone else. Good luck!
======================