Mayor bloomberg need a helicopter to drop bags of hydroxycut over the city of New York for some of these chicks. I see huge stomachs - Kool Keith

Next show I should hologram Elvis, James Brown and have Ronald Reagan as my dj - Kool Keith 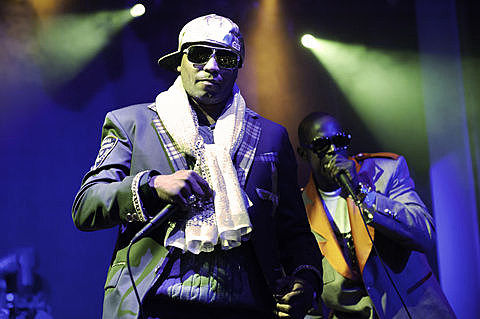 Master of the absurd and consequently a favorite on twitter, Kool Keith will one again team with his original crew Ultramagnetic MCs for a show at Music Hall of Williamsburg on June 17th as part of the Northside Festival (who just announced like 100 new bands). Tickets are on AMEX presale now and go on regular sale on Friday, or you can try to get in with your Northside badge.

In related news, Kool Keith ALSO has a solo show of his own as part of the Northside Festival. Look for the man of many pseudonyms to bless Brooklyn Bowl on June 14th with Lushlife. Tickets are on sale or use your Northside badge.

Keith is preparing to release his new LP, which according to a press statement may be his last, Love & Danger on June 5th via Junkadelic Music (preorder it). Download the remix for "New York" (the original appears on the LP) featuring appearances from Agallah and Don Bishop above. Check out the video for the original below.