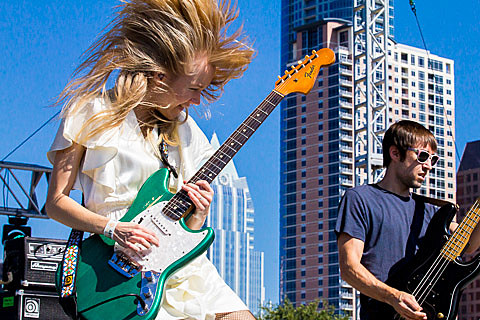 Hair-swinging, guitar-shredding Austin trio Ume have inked a deal with Dangerbird Records (Minus the Bear, Silversun Pickups) for their sophomore LP, Monuments, which is due out on March 4 (pre-order). The record was produced by Adam Kasper, who was behind the boards for Queens of the Stone Age's Songs for the Deaf, and with the QOTSA-style riffage Ume's new single "Chase It Down" opens with, he proves to be a perfect match for the band. That track makes its premiere in this post, and you can stream it, with the album artwork and tracklist, below.

No tour for Ume yet, but they will be playing some hometown shows during SXSW, so look out for them if you'll be there. 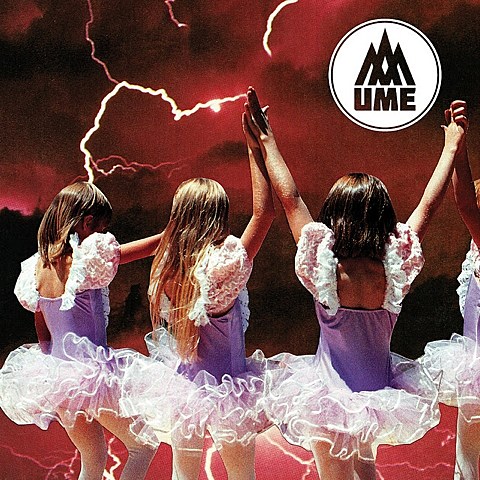