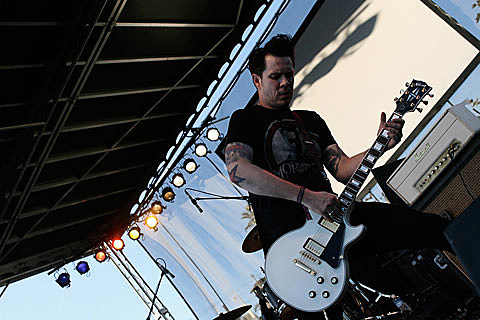 The lineup of FYFest in LA was pretty damn impressive. Alongside indie stalwarts like Panda Bear, Best Coast, The Mountain Goats, Ted Leo & The Pharmacists, Cold Cave, and Ariel Pink (among others), the fest also tipped its hat to heavy music fans with the addition of Sleep and a rare appearance from the great Unbroken (check out pictures from the show). The FYFest appearance was one of only a handful of shows that Unbroken has played since its official demise in the late 90's. Members of Unbroken have gone on to play in such notable bands as Some Girls, Swing Kids, Narrows, Kill Holiday, and many others.

Now comes word that the reunited Unbroken will play NYC on April 9th at Santos Party House with special guests to be announced. Advanced tickets will be to on sale 11/16/2010 at 12:00 pm EST are on sale now. No word on if the date will be a one-off East Coast appearance or part of a string of dates, but we'll keep you informed. The show flyer and some video is below. 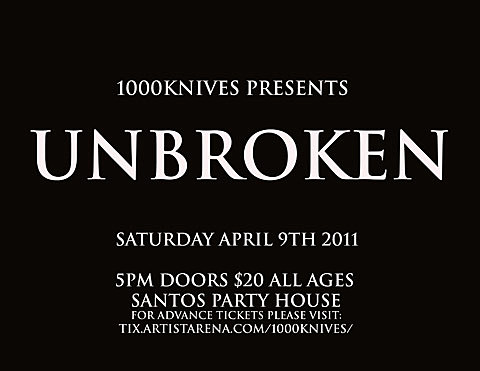