photo: Uncle Acid at Bowery Ballroom in 2014 (more by PSquared) 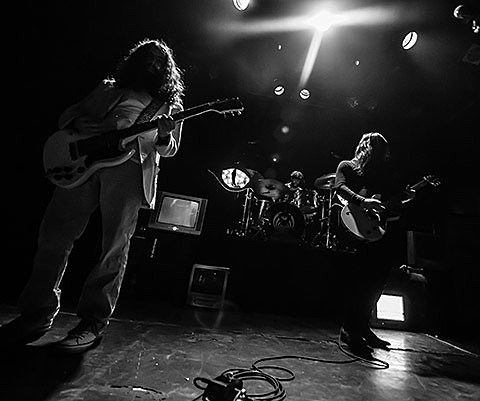 Uncle Acid & the Deadbeats' new album The Night Creeper comes out next week (9/4) via Rise Above (pre-order). We already posted the single "Waiting for Blood" and now we've got the premiere of the video for another single, "Melody Lane." It's been said before that Uncle Acid sometimes bring a Beatles influence to their trad-doom sound, and the Lennon-esque vocals on this one back that claim up pretty strongly. They recorded the album with engineer Liam Watson who's also worked with Electric Wizard and Tame Impala, and "Melody Lane" sounds like what might happen if you morphed those two bands into one. Check it out below.

The band's tour with Ruby the Hatchet and Ecstatic Vision hits NYC on September 12 at Webster Hall. Tickets for that show are still available.

all dates w/ Ruby the Hatchet and Ecstatic Vision