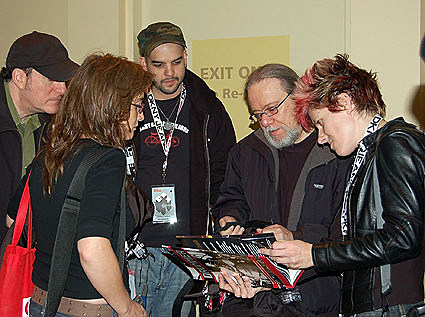 I spoke briefly about the CBGB reunion that happened at CMJ this year, but I only ever posted the pictures of Hilly. Here are two more of Tommy, who, as I've mentioned before, is in a bluegrass band called Uncle Monk. He/they play tonight (December 5 - 11pm) @ Pete's Candy Store in Brooklyn (thx BS). They also have some other NYC dates coming up, as well as tour dates that include Ithaca, Cambridge and SXSW. Check those below...

Friday, December 29th, 2006 The Plough and Stars Cambridge MA
With the Tarbox Ramblers