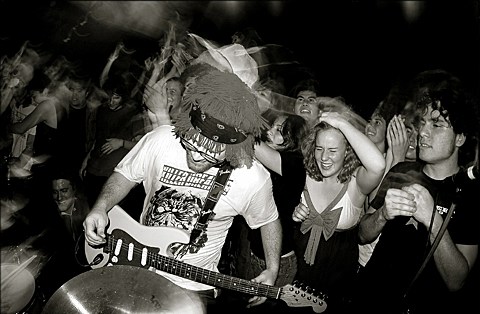 The Underground Railroad to Candyland is one of the many projects of the great Todd Congelliere (also of Toys That Kill and FYP, and the owner of Recess Records), and they're releasing a new album called The People Are Home on May 26 via Recess. First single "Th Ppl r Hm" does what the band does best -- it's punk that's raw and lo-fi, but also has a genuine pop sensibility. Check it out, premiering below with the album trailer.

Underground Railroad to Candyland and Toys That Kill are both touring this year, and Toys That Kill come to NYC on their run with Benny the Jet Rodriguez to play Acheron on June 23. Tickets for that show should be available soon via Ticketfly. URTC also play a NJ show in New Brunswick on June 24, and TTK play one in Trenton on June 25.

All dates are listed, with the new song and album trailer, below...