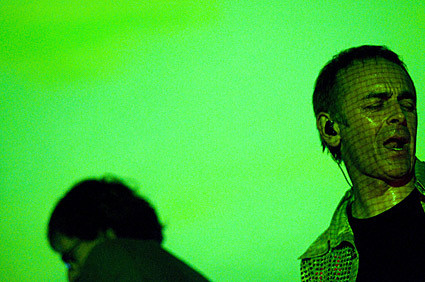 The only bands I (Showtrotta) wanted to see at All Points West in Jersey City on Friday (8/8) were Underworld and Radiohead. I entered the festival a bit earlier than that though - just in time to get poured on, but luckily it let up pretty quickly. I had some time to grab something to eat, drink one of my five beers in the designated drinking area (seriously Jersey...wtf?), and stake out a good spot for Underworld. I wound up around 15 feet back from the stage after stepping over and around throngs of people who had already claimed their spots with blankets. When Underworld came on it became apparent that 90% of the people were just there for Radiohead. It was frustrating, but I wasn't about to let it ruin anything. There was a little group of people nearby who were also there to see Underworld and we all happily got down for the hour and 15 minutes Underworld were on.

I was upset when I later read criticisms of Underworld's set as "cheesy and dated". Underworld played such an important role shaping electronic music and I really enjoyed their set. The older tracks they played at the festival are classics which paved the way for a lot of the electronic music that became popular thereafter. Underworld's music is, and their stage presence was, strong. I was able to experience a sense of nostalgia for a time that I wasn't around for firsthand.

Unfortunately the daytime APW set meant there was no great Underworld light show...and the huge light balloons just weren't the same without actual lights in them. Luckily the visuals were still good - a mix of old school video games and a live video feed from cameras on the stage which often pointed at Karl Hyde who barely stopped bouncing for a second through the entire length of the show.

The night ended perfectly hours later at the end of Radiohead's set with their dedication of "Everything In Its Right Place" to Underworld, which as a fan of both bands I found to be a beautiful moment in its own right. However, I also appreciated it even more after dancing amidst a crowd of motionless, disinterested Radiohead fans during Underworld's set.

The next day in Baltimore Underworld got a two hour set in the dance tent where they were competing a little with the noise coming from the Foo Fighters on the main stage. There were no huge Underworld light balloons at all - possibly due to the ceiling height, but it was nighttime. Both festival setlists, and more pics from Baltimore, below... 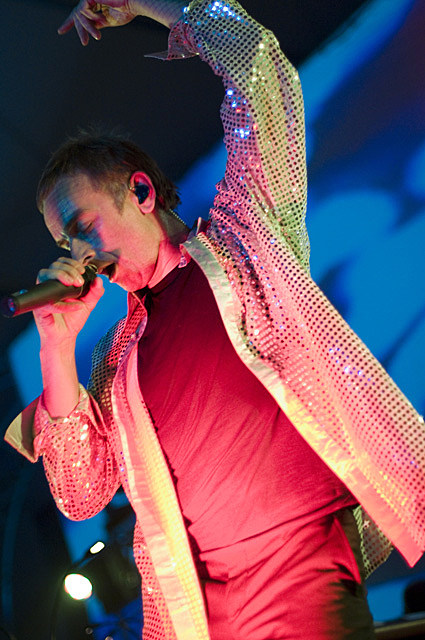 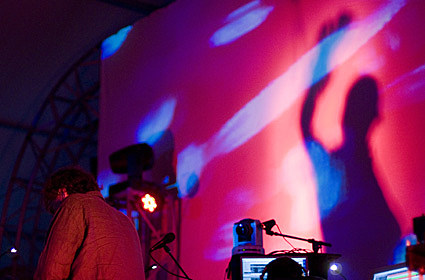 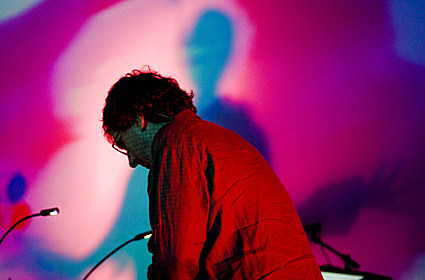 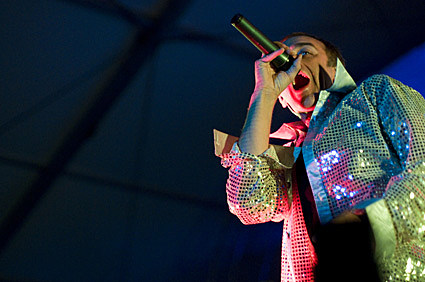 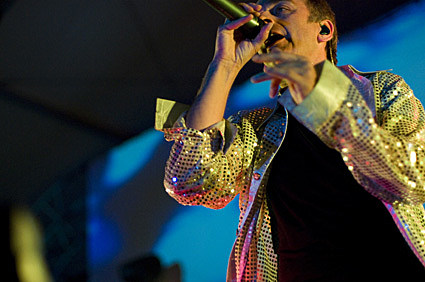 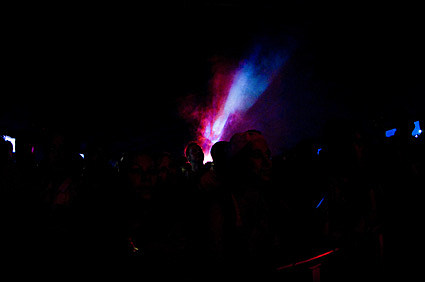 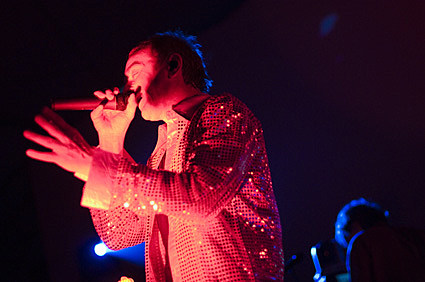 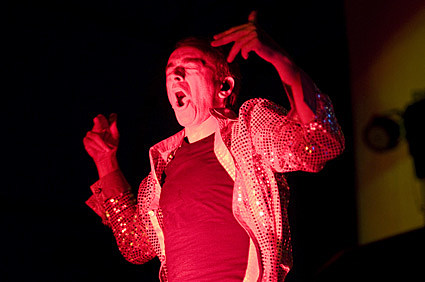 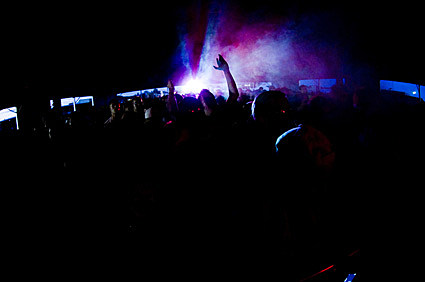 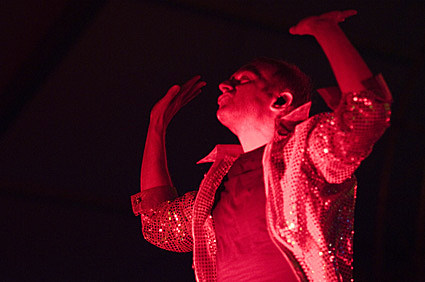 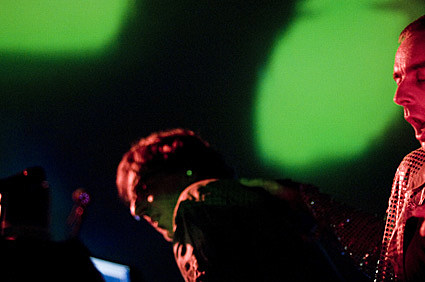 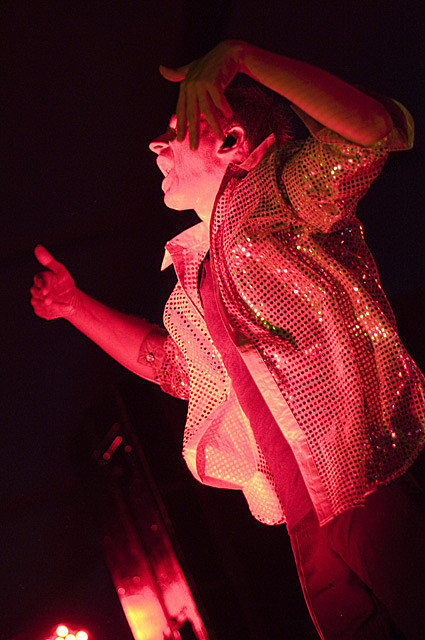 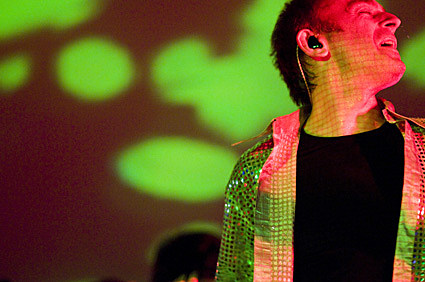 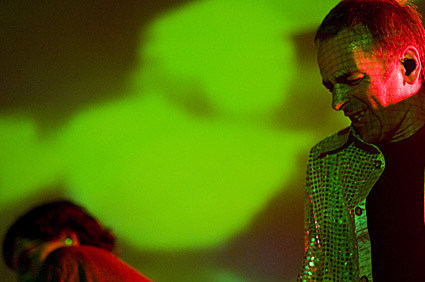 A few pics and a video from APW are HERE.