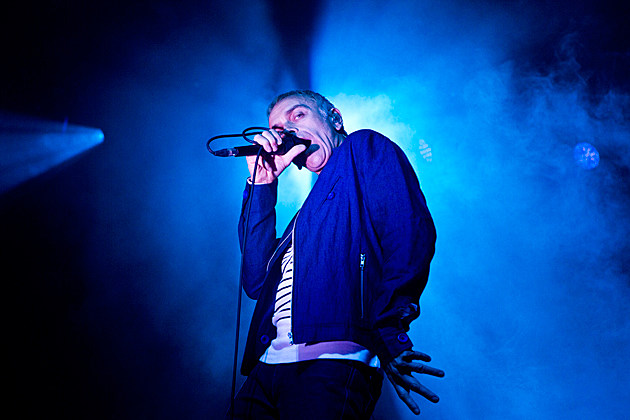 In the late '90s, I worked at a vintage poster store in Cambridge, MA that was nestled in a storefront nearly equidistant from the Central Square and Harvard Square subway stops on the MBTA's red line. Our boss was cool with us listening to music all the live long day, but the music had to be selected from a wall of soundtracks stacked against a wall at the back of the store. At the time, I was a more of a hardcore, punk rock, Pink Floyd junkie, but thanks to a constant rotation of electronica-based soundtracks including Pi, Trainspotting, and Run Lola Run I found myself becoming more and more interested in electronica and house music than I ever thought I'd be. Although I never adopted the disgusting fashion of your average club-goer at the time, I became obsessed with stuff like the voluminous Global Underground CD series and acts like The Art of Noise (their masterwork The Seduction of Claude Debussy came out in 1999), Leftfield, Banco de Gaia, The Chemical Brothers, Fatboy Slim, and stuff from the Ninja Tune catalogue. But the kings of all things electronic, for me, was, and still is, Underworld, whose 1999 release Beaucoup Fish was a sonic game changer for me. While my taste for a lot of those acts of the time have sort of faded away, Underworld has remained a constant presence within my music library and my earholes. Between 2016 Coachella weekends, Underworld made the trip to Terminal 5 on Wednesday April 20 and delivered a scorching, smoky, sweaty, bouncy, bassy survey of their flawless 30 year catalogue.

Now in their late 50s, the duo of bespectacled console-man Rick Smith and the moddish scat-man Karl Hyde, assisted by the great and always reliable Darren Price, still deliver a show with as much energy and intensity as they did when I first saw them at Boston's Avalon back in 1999. As a matter of fact, they still deliver records with as much energy and intensity as ever as evidenced by their newest release Barbara Barbara, We Face a Shining Future. When artists I love are in the grips of old age, I am always prepared to be disappointed by their latter day releases. I don't know why I do this. I was prepared for disappointment with their 2007 release Oblivion With Bells but was happily surprised when it was, pound-for-pound, an absolute gem. Then I assumed that they'd get it all wrong with 2010's Barking. But once again they delivered an item of vintage Underworld sound. I gotta learn to just trust the artists I love because their latest release Barbara Barbara is so true to form it's ridiculous.

Last night they kicked things off at 8:55 PM sharp with the first single off Barbara Barbara, "I Exhale," which, with its mix of phenomenal vocal phrasing, straight-up heavy 1-2-3-4 downbeat thuds, and dashes of ambience and doom, is almost as perfect a mid-tempo dance track as you can find nowadays. With a stage-wide LED screen, tons of smoke and colored lights, Hyde was busting out vintage club dance moves which were both sexual and spastic, while Smith and Price labored over technology that I cannot even begin to comprehend. "I Exhale" went right into "If Rah" which, if I am being honest, was not only the low point of the evening, but also a sonic low point of Underworld's last 5 albums. But that was Underworld's only misstep. With an 11 PM curfew and just about two hours to fill, Underworld made wise selections from their 30 year catalogue and gave the unbelievably packed room a perfect 18 song setlist (below) that included the anthemic and wonderfully meandering "Juanita/Kiteless," beautiful Klaus favorite "Jumbo," the head shattering dance epic "Two Months Off" which I thought would bring down the venue, and other electro dance crushers like "Push Upstairs" and "King of Snake." The set was peppered with some of the best tracks from Barbara Barbara including "Low Burn," "Ova Nova," and "Nylon Strung." Of course, the night wouldn't have been complete if they didn't cap off the show with their ubiquitous smash hit "Born Slippy .Nuxx" that I thought would certainly cause the floor to give way from beneath my feet.

The venue Terminal 5 has some notoriously strong hate thrown its way, and though I haven't been there since Nick Cave played a Plug Awards show there in 2008, I can certainly see where some of the criticism is justified, but I can also see where some criticism off base. The venue's most problematic issue is quite simply its lack of egress. I found getting from where I was standing to the bathroom to be one of the most frustrating, hot, and sweaty pains in the balls experiences in recent show going memory. It's a disaster. It. Is. Impossible. To. Move. That being said, I cannot think of a venue better suited to Underworld's sound. Underworld unleashes a barrage of sonic variety; everything from heavy, booming bass to gorgeous ambient swaths and machine gun fire vocals. Terminal 5 allowed the sound to breath and to project. The light and sound was enveloping, and though the intimacy of a smaller venue might be desirable to some, for me, Terminal 5 provided the optimum aural experience.