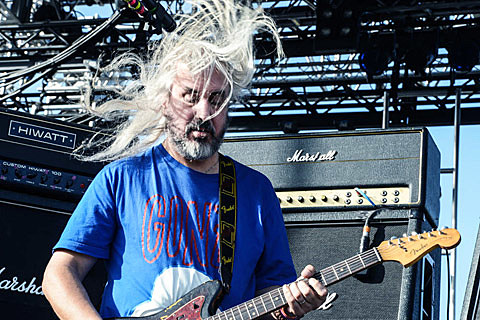 One of the best things about summer is all of the free live music, and one of the great series in NYC is Union Pool's Summer Thunder! This year the series is even bigger, going every weekend from early June until September. The shows begin at 2PM, are 21+, and will feature drink specials all afternoon. The shows are FREE, and two of them are presented by BrooklynVegan and Invisible Oranges respectively.

Heavy Blanket released their self-titled debut last year on Outer Battery Records and you can stream that below. Love is Laughter also play Shea Stadium on Saturday (5/18) with Starlight Girls, Honduras, Birthdays and more.

More details on the rest of June's lineup of Summer Thunder, including shows with Jonny Fritz (aka Jonny Corndawg), Endless Boogie and more, is below. See you there! 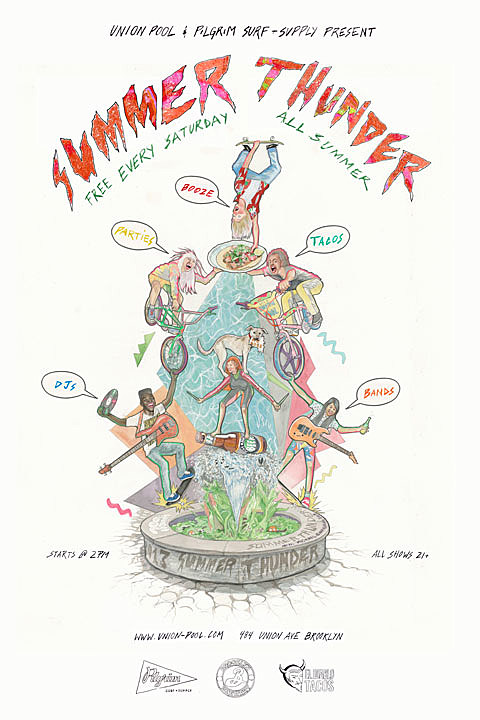 Every single Saturday, from the beginning of June thru the end o' September, we are throwing parties in our big ol' backyard, complete with tons of bands, DJs to get your face melting and hips gyrating. El Diablo Tacos will be serving up tasty tacos and there will be lots n' lots of drink specials.

Below is the lineup for June:

Stay tuned for July and August.
---