We Are Scientists at SXSW 2010 (more by Tim Griffin) 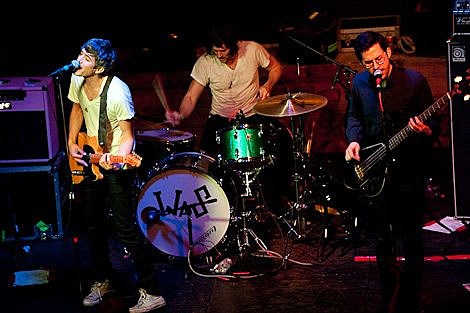 As mentioned, Union Pool's free Summer Thunder series kicks off this weekend (5/26). Since we last spoke, the lineups and schedules for most of the series has been announced. This is what it's looking like so far:

ALL START AT 3PM•ALL FREE•BUNCHES OF FREE BOOZE
SEE YOU ALL SOON!

This weekend's kickoff event is with dub/reggae/dancehall DJ crew Rocksteady Yeti and you can check out the flyer for the show below. Turing Machine and Violent Bullshit, who play 6/23 with Midnight Magic, just shared a bill at the venue last week (5/18). That sweaty sold out show was a record release show for Turing Machine's What Is The Meaning Of What LP, which is out now via Temporary Residence.

In addition to Summer Thunder, Union Pool continues to host other shows and tonight (5/25) they've got We Are Scientists, KUROMA, and Beach Arabs. The rather small show is their only US date before they head to the UK for a tour in July. Advance tickets are no longer on sale, but "tickets may still be available at the door." All WAS dates are listed below.

Other interesting shows on Union Pool's calendar include the previously discussed Leda (formerly Amy Klein and the Blue Star Band) show (6/1) and the Other Music Northside showcase on 6/14 with Nude Beach, Ex Cops, and The Everymen.

All We Are Scientists dates listed below... 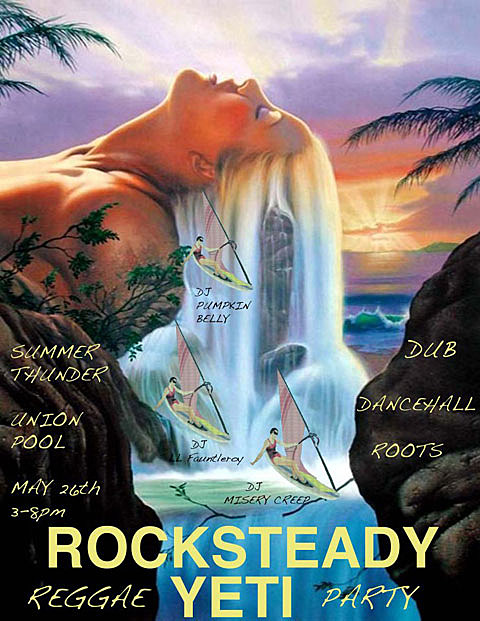