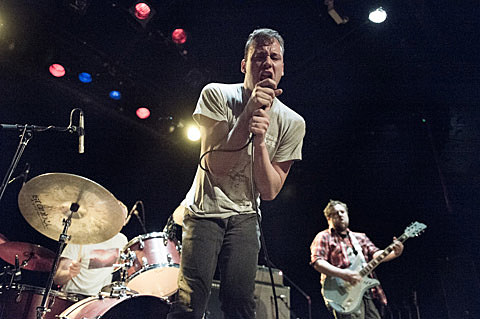 Union Pool's "Summer Thunder" series is returning for another season of Saturday outdoor shows during the warmer months at the Brooklyn venue (484 Union Ave). This year is a co-production with Other Music and things kick off on May 31 with dub DJ crew Blazer Sound System and a live performance from Permanent Love. The initial June lineup has been announced, featuring Pissed Jeans (6/7), Latin soul singer Joe Bataan (6/14), and Liquor Store, Call of the Wild and a TBA "Special Guest Headliner" (6/21).

The original piece, which has been performed in New York and at various music venues such as the Sydney Opera House in Sydney Australia with a range of 4 to up to 40 drummers, was written for 4 lead drummers who each expressed one of the four seasons we experience on the planet through a rhythm; spring, summer, fall and winter. Through each rhythm a multi-dimensional dialogue is created between the other musicians performing. This concept piece morphed into a musical composition which embraces the change seen on our planet as it goes through transitions and seasonal / environmental progression.

All "Summer Thunder" shows are free, start at 2 PM and are 21+. Flyer and initial schedule (we're told some more pretty big name will be announced soon, so stay tuned), below... 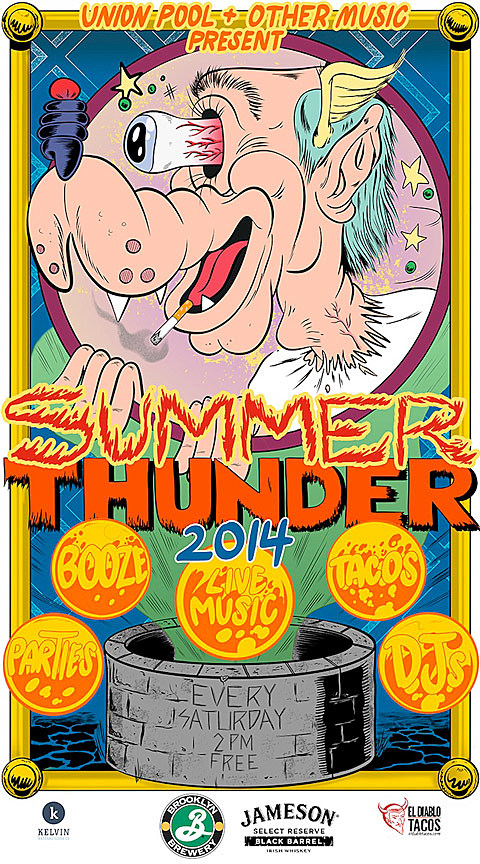