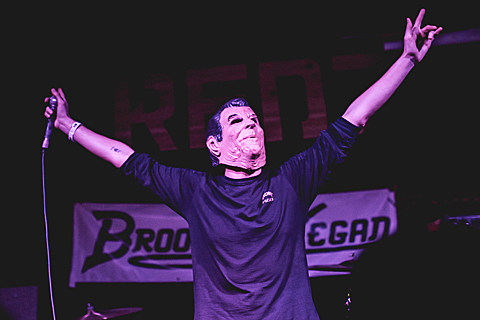 Modern Life Is War are playing their seminal 2005 album, Witness, on tour for its tenth anniversary, and since we last spoke openers have been announced. The Northeast shows have killer support coming from Geoff Rickly's screamo/powerviolence band United Nations, Florida post-hardcore newcomers (and past UN tourmates) Frameworks, and NJ hardcore band The Banner.

That run includes NYC on June 6 at the Marlin Room at Webster Hall, which tickets are still on sale for.

Speaking of Geoff Rickly, he also plays Maxwell's on May 29. Tickets are still available.

Modern Life Is War will be at Michigan's Bled Fest this weekend, and they were also announced this week for The Fest. Their list of dates, and music from the openers on the Northeast run, below...