United Nations at Saint Vitus in 2013 (more by Caroline Harrison) 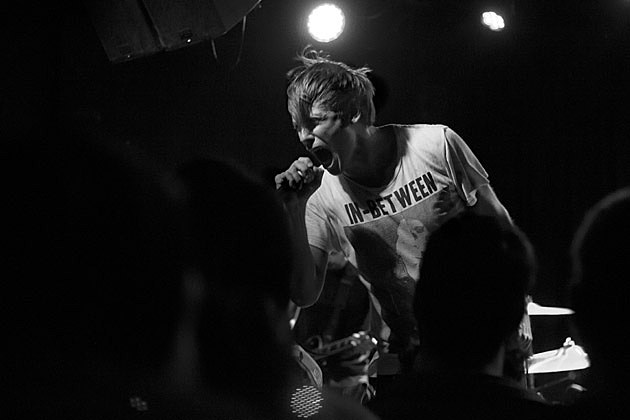 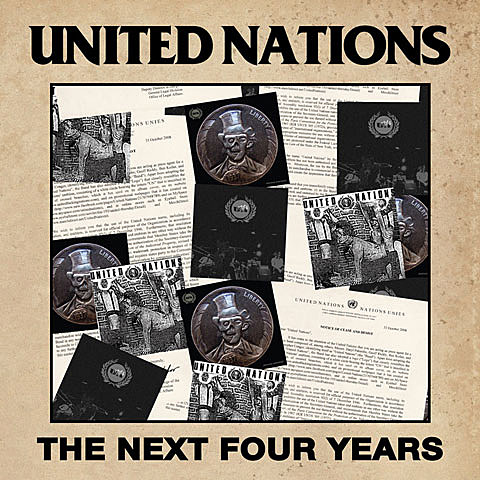 United Nations, the "emo powerviolence" band of Thursday's Geoff Rickly which also includes/included members of Converge, Glassjaw and Pianos Become the Teeth, have signed with Temporary Residence Ltd. (Explosions in the Sky, Young Widows) who will release The Next Four Years, their first full length since their self-titled 2008 debut, on July 15. No music has been released from it yet, but you can watch a video of them playing one of its songs "United Nations Vs. United Nations" at Saint Vitus, below.

Meanwhile, catch UN at The Fest this year if you're going. Cover art above. Video and LP tracklist below...