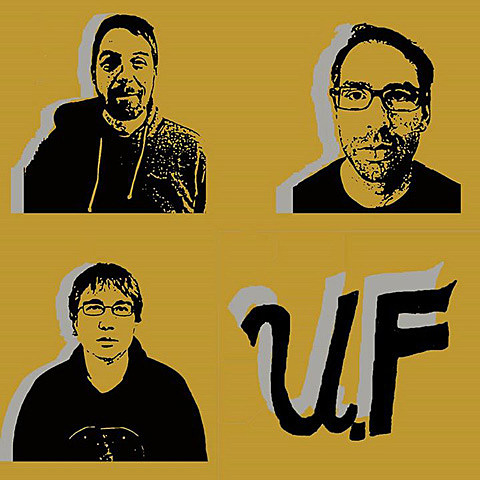 Seattle residents D. Crane from BOAT and Charles Bert of Math and Physics Club have formed a new band called Unlikely Friends and their debut album, Solid Gold Cowboys, will be out January 27 via Mirror Tapes / Jigsaw. (Pre-order a copy.) Here's more on the partnership straight from Crane:

We are trying to make the ultimate pop album....Charles has got a really good voice...and I sound like a muppet....so it is kind of a Paul Simon and Kermit the Frog-funkel feel. We each wrote half of the 13 songs for SOLID GOLD COWBOYS. 6.5 for each of us...he wrote lyrics on one of my songs, and I on one his. We already have a second album shaping up entitled UF 2 (Japanese Import). All the art is in Japanese. We are playing a few shows....and just having fun making pop songs. We have gotten to play with Calvin Johnson and Rose Melberg....so it has been pretty amazing so far. We are hoping to play some popfests or pizza parlors around the country soon.

We've got the premiere of the very catchy "Satellite Station" from the album which, apparently, was originally written (by Bert) for Sean Tollefson of Tullycraft to sing, but Crane ended up taking lead. You can stream it below.

As for Crane's other band, BOAT, they're currently on hiatus, due mainly to the busy lives of the various members. Drummer Jackson Long actually produced the Unlikely Friends album. Hopefully we'll have the band on tour later this year. Until then, check out "Satellite Station" and the album art and tracklist, below... 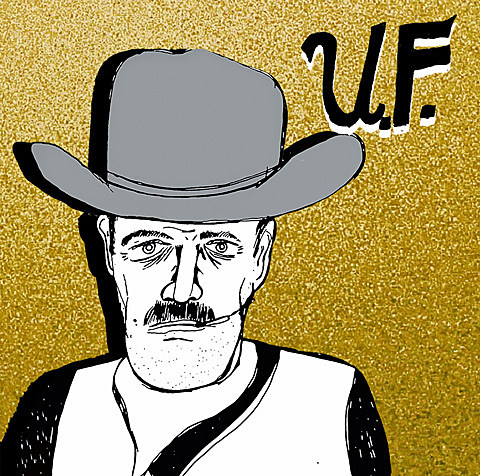