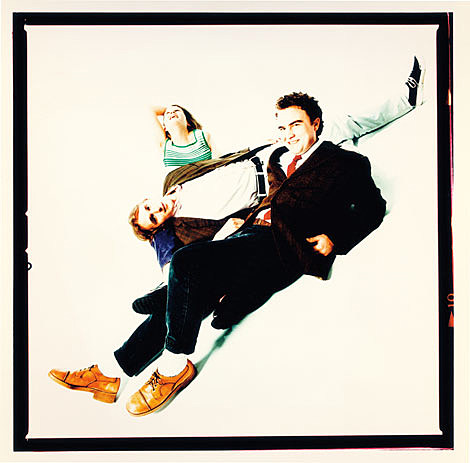 If you didn't act quick enough to get tickets to the Unrest show at Bell House on July 9 (tickets sold out in an incredible two days), they've added a second Bell House date on Monday, July 5 and tickets are already on sale. But if you're a fan of Teenbeat (Teen Beat? Teen-Beat? They've changed the spelling more than once), whose 26th Anniversary is the reason for this tour, you're probably going to want to go to both, as the July 5th show -- which will be the first show of the tour -- features a completely different, and equally awesome, line-up of openers: Tuscadero, True Love Always and Jonny Cohen.

Tuscadero were one of TeenBeat's most loved bands, with '70s pop culture nostalgia lyrics set to ridiculously catchy punky pop. Their 1994 full length debut, The Pink Album, is a '90s inde rock classic which got remixed and reissued two years later when the band signed to Elektra. Check out "Hollywood Handsome" above. Tuscadero broke up in 1999 and haven't played since the 2005 the Teen Beet 20th Anniversary in Washington D.C. so this is a real treat.

True Love Always play bossanova-inspired indie pop and have been together, off and on, since 1995. Check out "Modesto" above. Jonny Cohen, who will play MC at many of the TeenBeat 26 shows has "been associated with Teen-Beat for over twenty years. He sings both humorous and thoughtful acapella songs. Not to be missed!"

The July 9 Bell House show features Versus, The Rondelles, Bossanova, and Cotton Candy (who play Friday as part of NYC Popfest). Below are a couple '90s-era performance videos of Tuscadero, plus all TeenBeat 26 tour dates.