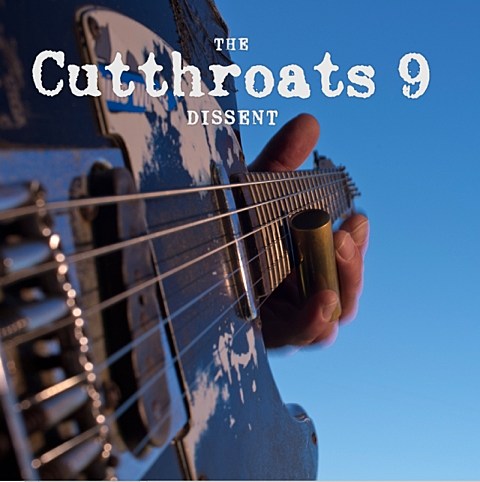 California's the Cutthroats 9 are back with a new release and a tour. The noise rockers recently dropped "Dissention," the first taste of their new full-length Dissent, which will be available on LP June 3 through Lamb Unlimited and on CD June 24 via Repitilian Records. Dissent marks the first release for the Unsane-related outfit since 2001's Anger Management. To ring in the event, the trio will accompany Black Cobra and Årabrot on a short swing through the West Coast.

Formed in 2000 by Chris Spencer after the hiatus of Unsane and his subsequent move to the left coast, the Cutthroats 9 scrapped together a similar-on-the-surface yet divergent-in-feel sound, subbing out the terror of Unsane's Pre-Giuliani New York for something a touch closer to gut-bucket bluster. Spencer's distorted roar and driving guitars remained the focal point, but the compositions were far looser in delivery. This shift endeared the group to stoner haven Man's Ruin Records, on which they released their eponymous LP in 2000. This released was sandwiched between a single, You Should Be Dead, and the aforementioned Anger Management EP.

After Unsane reformed in 2003, it was assumed the trio was shelved forever, which makes their return all the more surprising. Old Grand Dad's Will Carroll reclaims drummer's throne while the low end duties are now handled by 16's Tony Baumeister. Together with Spencer, the three ably recreate the energy of the older incarnation while flexing a canny veteran muscle. "Dissention" slips and slides with bluesy strides, remaining moored thanks to a thunderous rhythm section.

The heavier, measured sound is a good fit for the band, especially considering their choice of touring mates. Black Cobra's sludgy guitar and drums duo are noted speaker slayers while the acclaimed Norwegian Årabrot also wield walls of distortion in service of their sea-sick punk. Following this late May run, Black Cobra heads north for a Canadian tour with Anciients and Black Wizard, while Årabrot flies back to Europe for fests and select UK dates with Converge.

All of the dates, along with the Dissent track listing, "Dissention" stream, and Black Cobra/Årabrot tasters appear below...

The Cuttthroats 9 - Dissent LP Track Listing:
A1. Speak
A2. Trouble
A3. Eraser
A4. Hit The Ground
B1. Dissension
B2. We Could
B3. Induction