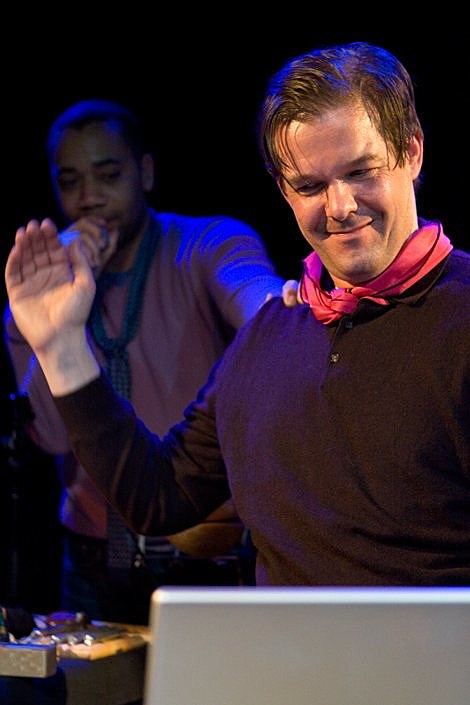 UNSOUND had it's first NYC event over the course of ten days in February with artists like Moritz Von Oswald Trio, Aidan Baker, Carl Craig, and a ton of others. Now the Polish organizers will make their return to NYC from in April 2011 (the 6th through 10th) for a gang of musical acts as well as "workshops, discussions and experimental events". So far the lineup hasn't been announced, save for one performance:

Making its USA premiere at Unsound Festival will be a new Unsound-commissioned project by Ben Frost & Daníel Bjarnasson, with "film manipulations" by Brian Eno and Nick Robertson. The ambitious project will celebrate the 50th anniversary (2011) of the publication of Krakow writer Stanislaw Lem's novel Solaris and will feature Frost / Bjarnasson collaborating with Sinfonietta Cracovia, one of Poland's leading orchestras.
Written for 29 string players, 2 percussionists, prepared piano, guitars and electronics, Music For Solaris has its beginnings in both Lem's original novel and the 1972 film adaptation by Russian director Andrei Tarkovsky. It is a re-imagined soundtrack for a film so still as to become almost absent, a story in sound, and an exploration of an interior cosmos. It is music written by human beings, removed and mutated by machine intelligence, then translated once more by human beings.

Integral to the project are a series of "film manipulations" by Brian Eno and Nick Robertson, drawing on moments from the original Tarkovwsky film to create a visual parallel to the music composition process. The performance will also mark the release of the album Music For Solaris.

More details about the NYC event are forthcoming, but the work will make its world premiere "at Unsound Festival on the 24th of October 2010 in Krakow Poland. It will then be recorded in Krakow, for release as an album on the Icelandic label Bedroom Community."

Ben Frost meanwhile is scheduled to open the sold-out Swans show at Brooklyn Masonic Temple on 10/8. Brian Eno is currently streaming his new album Small Craft on a Milk Sea, due in November via Warp.