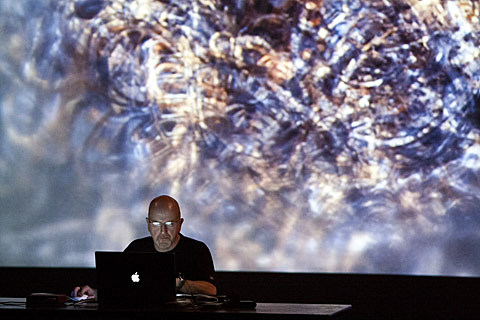 Set aside April 18 - 22 which is when the annual Unsound Festival will make its way back to NYC at various venues across the city including BAMcinématek, The Bunker, Lincoln Center, ISSUE Project Room and Le Poisson Rouge.

So far amongst the confirmed are Baaba, Hype Williams, Berliner POLE, Jacaszek, Demdike Stare, ITAL, Hieroglyphic Being, Sun Araw, and a special set from Biosphere with Lustmord:

The worldwide debut of a special commission by Unsound and The Royal Norwegian Consulate General in New York and San Francisco: TRINITY features two legendary pioneers of ambient music Biosphere and Lustmord joining forces for the first time. Though both hail from very different worlds - Los Angeles based Lustmord is shrouded in darkness, whilst Biosphere's equally mysterious persona is deeply connected with the Arctic Circle - together they will create a work inspired by the first testing and development of atomic weapons in the Nevada desert.

This project is just one in a series of works related to the new Nordic scene - with a special focus on Norway. Unsound Festival New York's 2012 program will also include the blistering live show of Oslo-based digimetal band KILLL.