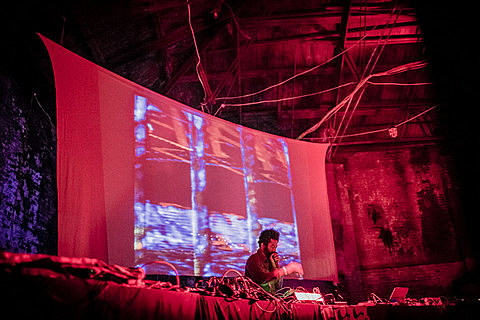 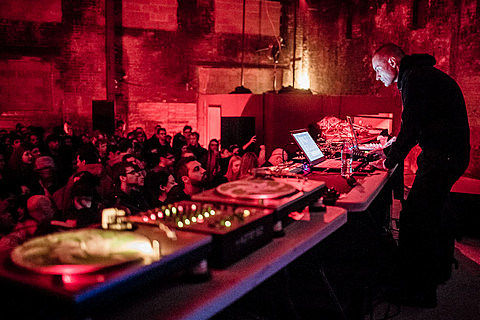 After not presenting an Unsound Festival in the USA for 2013, the event came back with some great shows recently in NYC. The Saturday night (4/5) performance was the debut show at The Wick, a 700 capacity room that is housed in the old Hittleman Brewing building on Meserole St in Bushwick (which also houses sister venue The Well). The Wick feels and looks like a mini version of the Knockdown Center in Maspeth where Red Bull Music Academy hosts events and M.I.A. is playing this Friday.

With a complete surround sound system set up special for this event by promoters the Bunker, the music sounded thick and warm in the rustic, brick walled space with a thirty foot high wood ceiling that almost looked like the top of an old barn. The rawness of it was great, though some of that is still getting touched up. They will preserve the original brick, pipes, beams and other details.

When walking around the venue, the sound would shift in very slight and subtle ways. It made me recall my frequent visits to La Monte Young's excellent Dream House installation in Tribeca in the 90's. The artists all performed from a high platform that restricted your ability to actually spy on any of the gear they were using, and they played mostly in total darkness only being lit by the large projections behind them.

Starting off this particular evening in the venue, which has since hosted the New York's Alright fest, Slint and a Cam'ron show last night, was the New York debut of Norwegian Le Petit Garcon whose guitar and sound manipulations had a spacey, psychedelic feel incorporated into his isolated, ambient take on techno. The room was still fairly sparse attendance wise and the few people there mostly sat and watched the visuals or simply stood with their eyes closed and floated along with the music.

The incredible Vladislav Delay was scheduled to be on the bill, but unfortunately he had to cancel his entire US tour. Acclaimed New York based electronic, drone and experimental producer Robert A.A. Lowe, of Lichens and Om fame, very ably filled the empty slot. Robert's set consisted primarily of his beautiful, almost angelic voice, being processed and manipulated into a warm, ambient drift. Leisure Muffin, who just released his first ever 12-inch single on The Bunker's new record label, joined Robert at the end of his set and then continued on his own, taking the music in a totally different direction. His modular-synth-inflected take on Kosmische music added spongy, bouncing and dubby techno elements to his pounding beats that had the now very full venue actively dancing along.

Brooklyn based, fractured house performer Ital (known for a couple acclaimed albums on Planet Mu) was joined by Aurora Halal for their worldwide live debut performance as Ital & Halal. They delivered a set of highly danceable techno that clearly put the dancing fans into overdrive.

Certainly the evening's key draw was the return to U.S. shores of the amazing German dub-techno duo Porter Ricks. It's possible that the last time they played in NY was at the Mille Plateaux 10th anniversary party at The Anchorage (inside the base of the Brooklyn Bridge) on June 28, 2001. Porter Ricks is comprised of multimedia artist Thomas Köner and sound engineer Andy Mellwig and they came out of live gig retirement to perform at the Unsound Festival in Krakow last October. Their debut album Biokinetics from 1996, is, for myself and any many others, one of the best dub techno recordings ever made. It was released on the extremely influential Chain Reaction label and featured pulsating, fractally arranged productions that continually morphed in a sound that many have described as aquatic. This essential recording was re-released in 2012 on the Type label. Their set delivered some classic old tracks along with some new music and it was as magnificent and mesmerizing as you would expect from this extremely talented duo.

Miles, who hails from Manchester England and is one half of Demdike Stare, is equally known for his solo output and unique DJ sets. He closed out the evening. As one of the key figures of the cult label Modern Loves, his sound has always been somewhat rooted in the Basic Channel style so it was a good fit for him to follow Porter Ricks. His set incorporated many elements of Basic Channel as well as techno, ambient and industrial.

Overall it was a very long but wonderful evening that ended around 6AM. This is a great new venue and I'm looking forward to seeing more shows there in the near future. Upcoming shows at the venue included Marnie Stern (TONIGHT - 5/8), Liars (5/9), The Men & Obits (5/10), Nazoranai (Keiji Haino, Stephen O'Malley, Oren Ambarchi) (5/21), and another edition of the Bunker with a live set by Shackleton (5/30).

We also just posted pictures of New York's Alright at The Wick. More pictures from the Unsound Fest below... 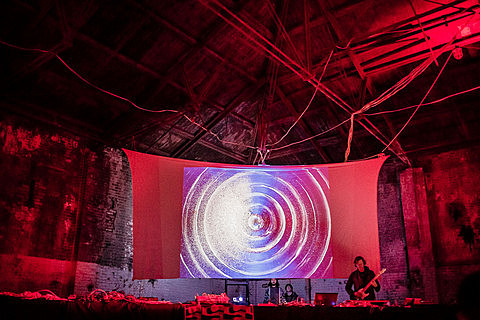 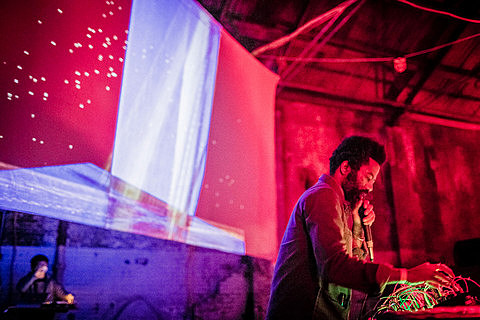 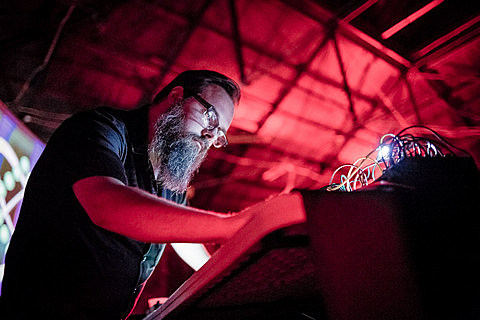 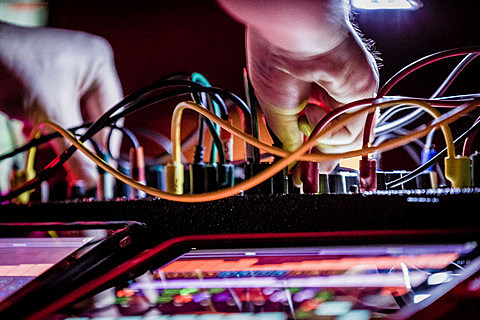 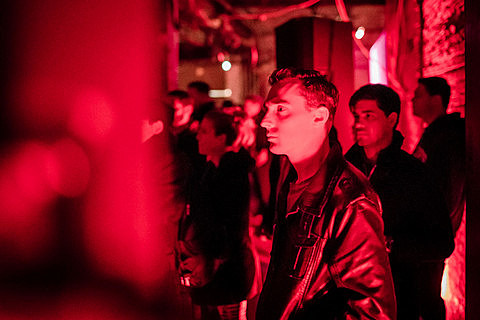 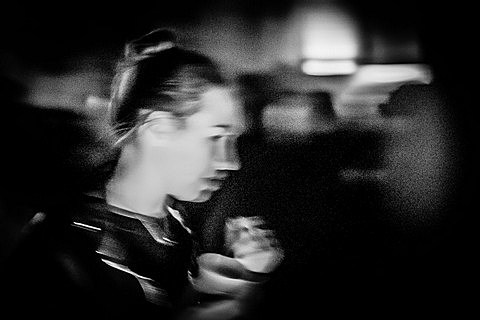 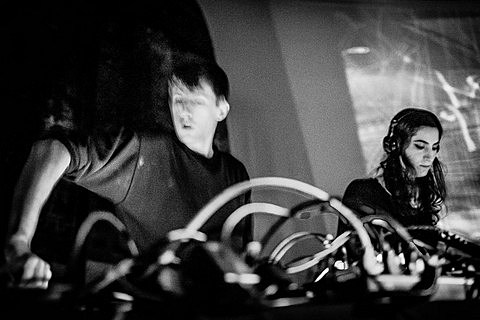 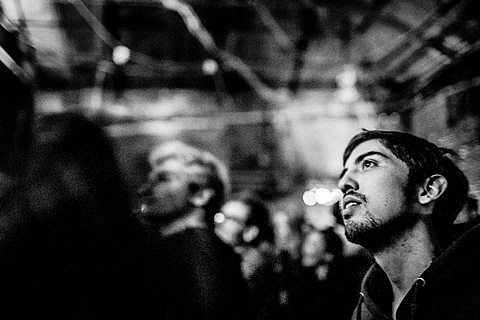 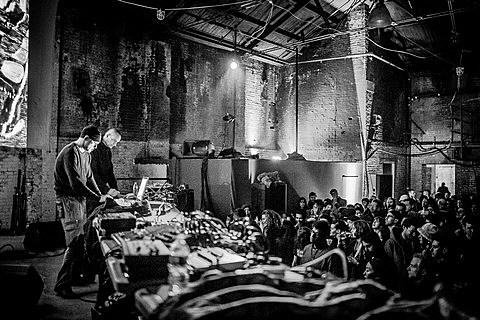 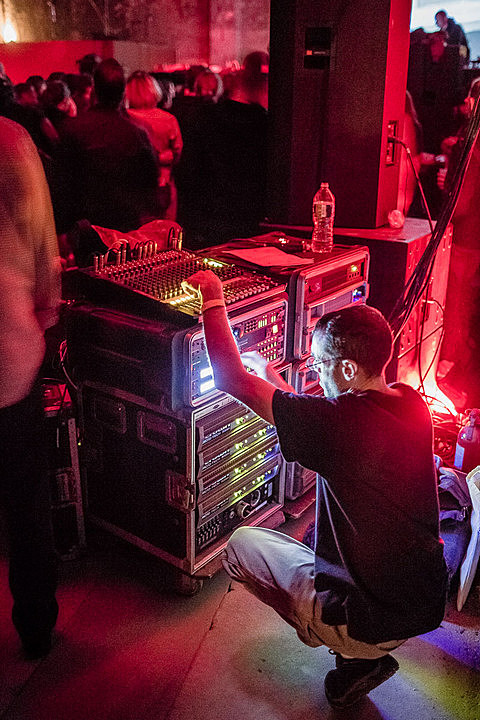 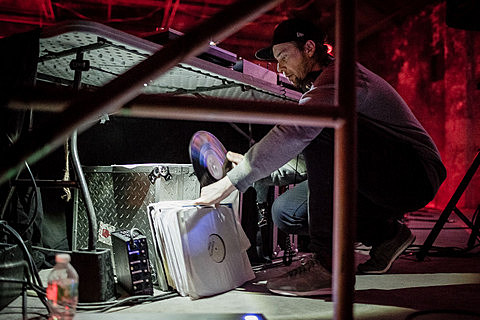