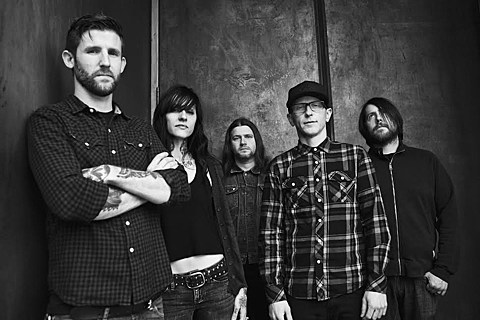 UnWed, the Brooklyn heavy rock band who feature members of Hot Water Music, Small Brown Bike and Primitive Weapons and are fronted by former HWM tour manager Neltie Penman, put out their debut EP on No Idea last year and they've since signed to 6131 for their first full length. The album's called Raise the Kids, and it will be out on their new label home on April 14. The album's new single, "The Innocent," premieres below.

UnWed also have dates coming up, including the previously-mentioned hometown show on April 30 at Saint Vitus opening for As Friends Rust, the reunited '90s/'00s band who hailed from the same Gainesville punk scene as Hot Water Music. That bill also includes Pagan Girls and Regret. Tickets are still available.