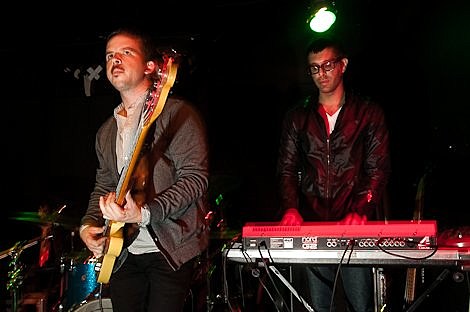 STEREOGUM: I've been to Barcade [where you bartend]. Used to live a block away from it. Good beer selection, but sometimes the guys playing the games can get a bit too aggro. Have you ever had to intervene with a drunken Dig Dug fan and a battered arcade game?

Bear in Heaven member Joe Stickney: Eh, every now and then someone will, in a 12% alcohol-beer fueled rage, start banging on Ms. Pacman or Outrun or something, but there's always a manager on board to take care of that. In general the crowd's pretty passive. I used to manage there for a few months and one of my first nights there someone threw up all over Tetris. I think that might have been some belated Iron Curtain protest though.

Bear in Heaven have three upcoming NYC shows, the first of which is tonight (11/20) at Zebulon in Brooklyn. It's free (or donations). They share a bill with Chicago's Pillars and Tongues. After that, Bear in Heaven don't have anything listed on their schedule actually, but tickets are on sale (@ noon) for a January 27th show at Mercury Lounge with Denmark's OH NO ONO.

The pictures in this post were taken back in September when Bear in Heaven opened for the Rapture at Matchless. More of those pictures below... 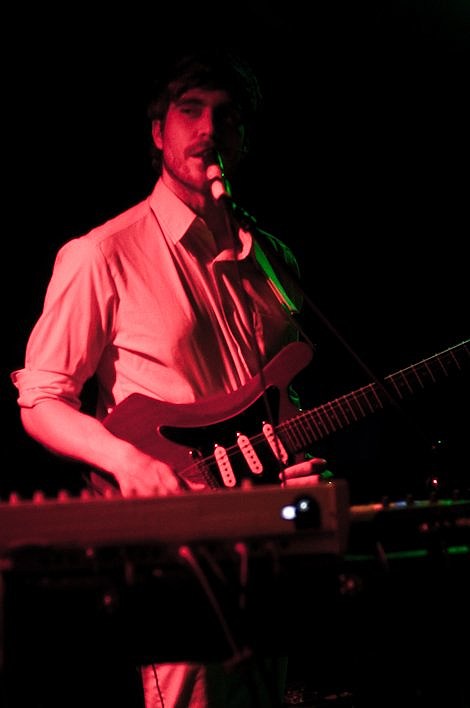 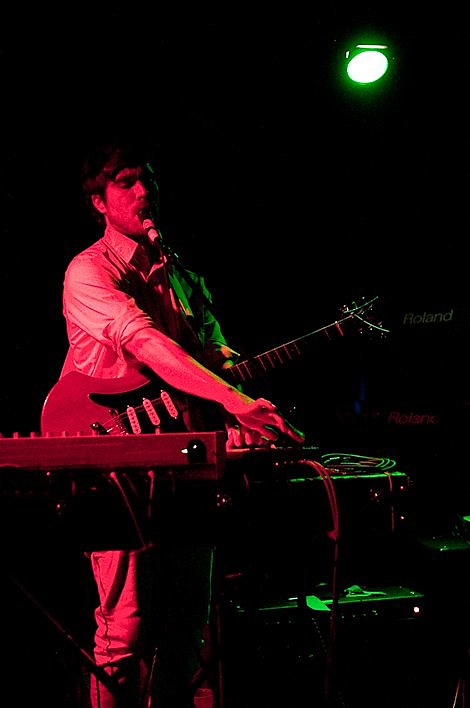 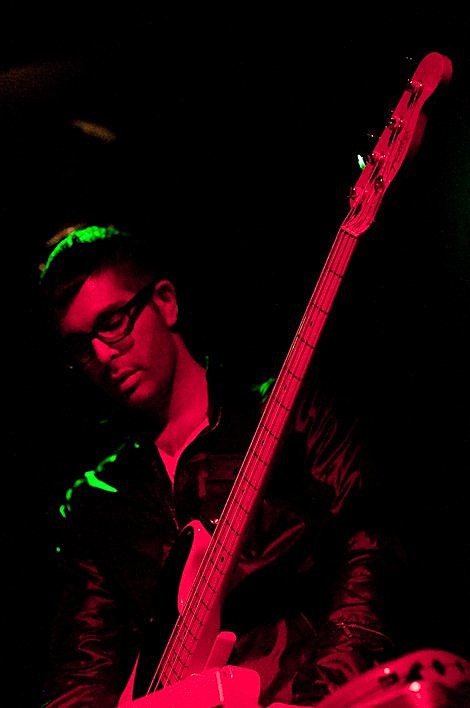 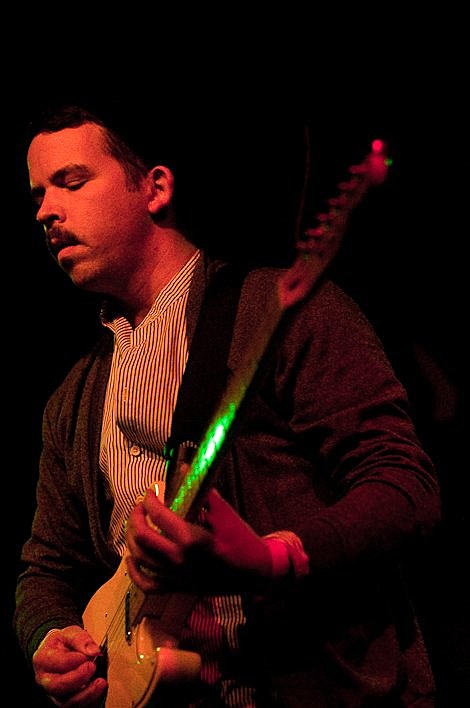 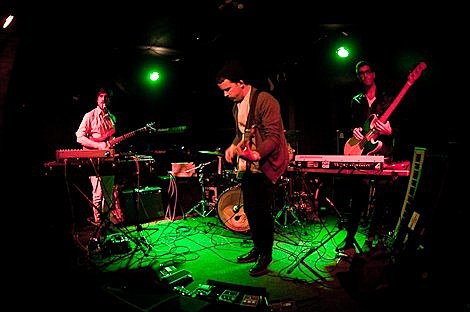 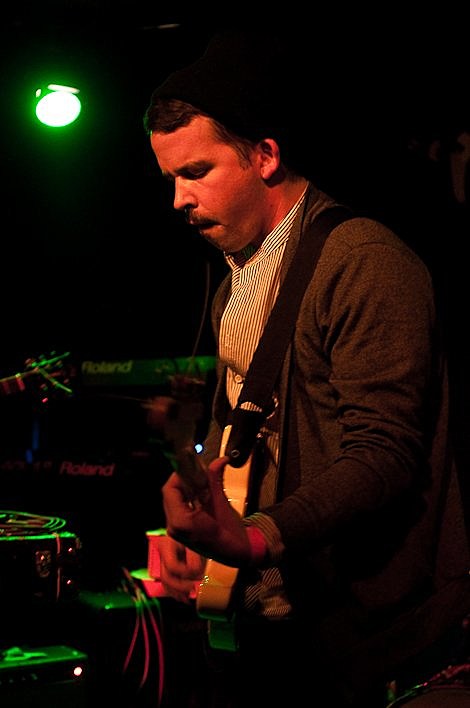 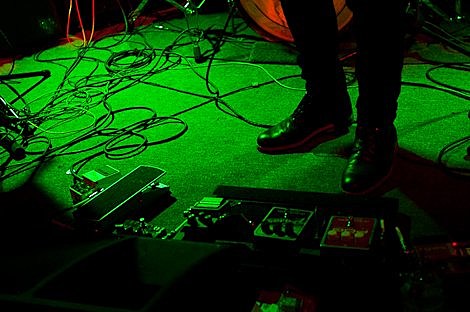 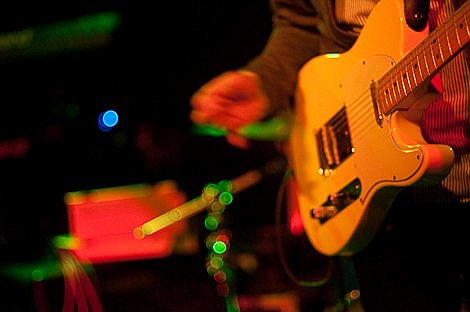 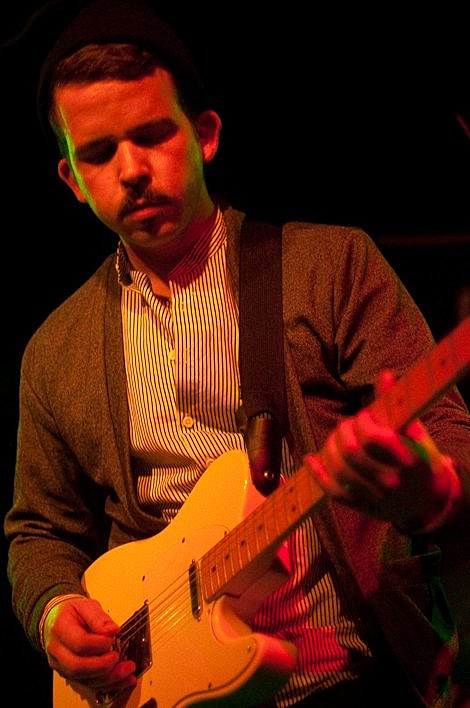 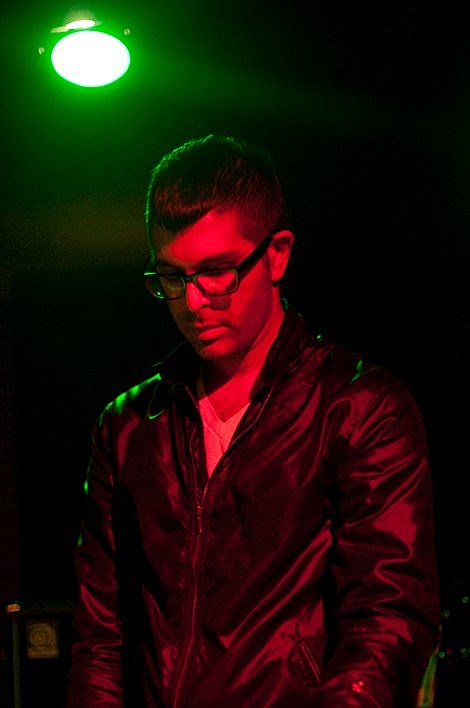 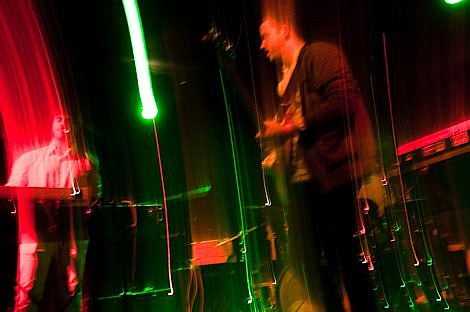 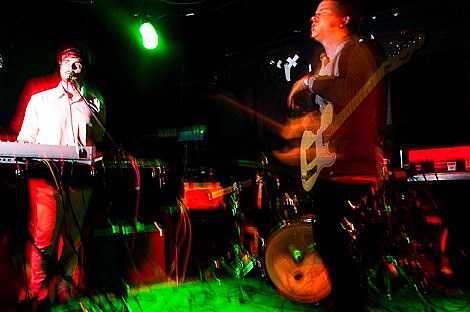 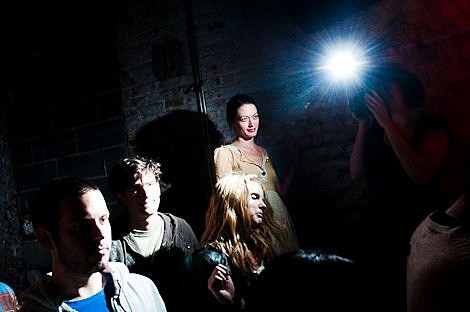 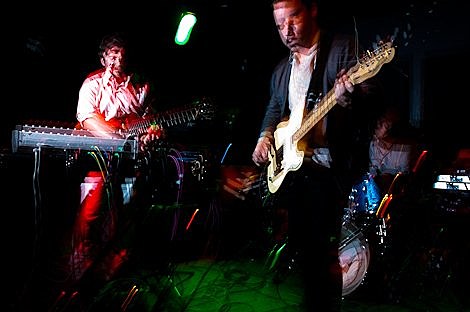 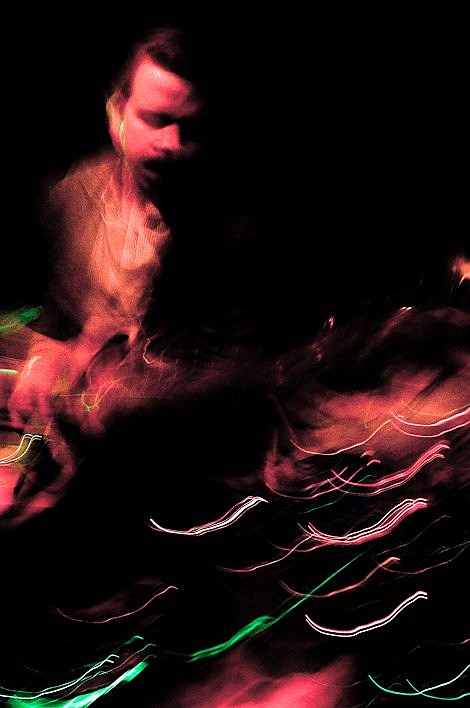 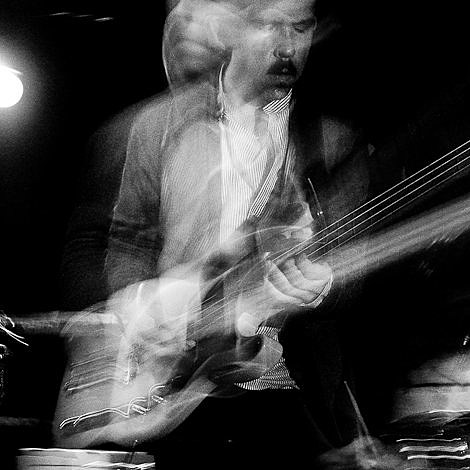 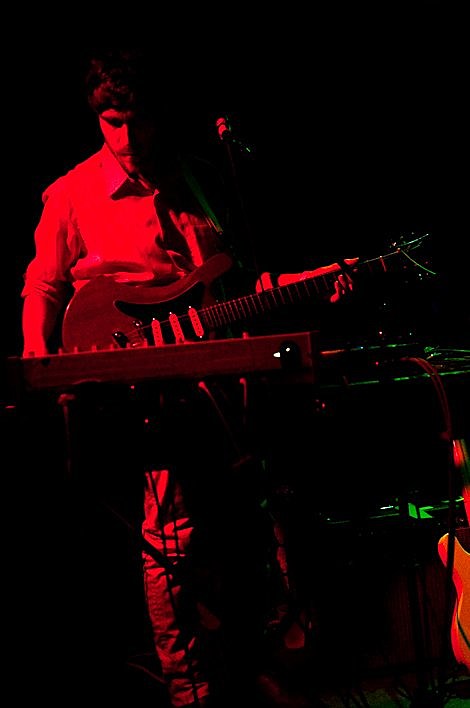 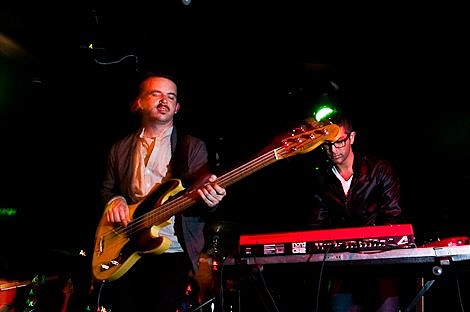