photo: Pyrrhon at Saint Vitus in 2014 (more by Greg Cristman) 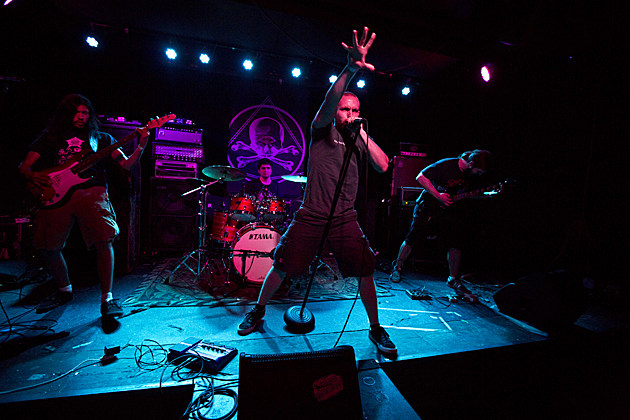 As always, there's a ton of metal, hardcore, and more heavy music happening in NYC. We don't get a chance to post about all of it, so here's a roundup of some recently announced stuff we haven't tackled yet:

German prog-metal band The Ocean are coming over the US for some shows with prog-doom band Intronaut, and North. This will include a stop at The Marlin Room at Webster Hall on March 29. Tickets for that go on sale Friday (1/8) at 10 AM. The Ocean recently released the song "The Quiet Observer" on a split with Mono, which you can stream below, alongside tour dates.

Last time Intronaut was in NYC they were on tour with prog-death heavyweights Between the Buried and Me, who have a tour coming up with August Burns Red, The Faceless and Good Tiger. That tour opens and closes in the NYC area. It kicks off in NJ at Starland Ballroom on March 4 and winds up at Webster Hall on April 17. Tickets for NJ and NYC go on sale Friday at 10 AM, with a venue presale for Webster starting today (1/7) at 10 AM (password = live). All dates are listed below.

And if you're really a prog-metal nerd, perhaps you'd like to know that Dream Theater play Radio City on April 23 (tickets).

This weekend, local tech-death monsters Pyrrhon are playing a show at Palisades on Sunday (1/10) with Vomit Fist, Cadaveric Spasm and Replicant (tickets).

Also at The Acheron, classic San Diego hardcore band Battalion of Saints have a show coming up with Phobia and Nomads on March 15 (tickets).

Abbath (who now have a very different lineup) just put out another new track called "Ashes of the Damned," and of course are headlining the huge Decibel tour with High On Fire, Skeletonwitch and Tribulation that stops in at Webster Hall on April 12 (tickets). Stream that below. 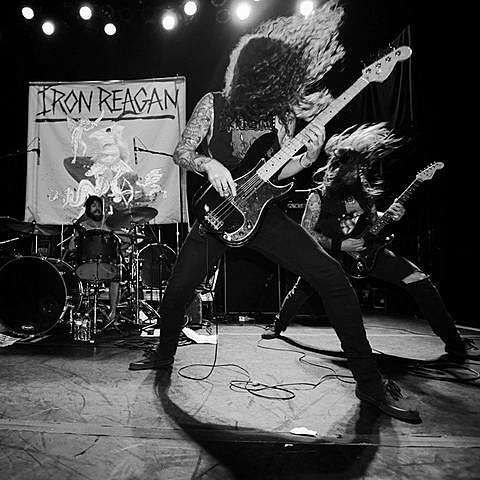 We already mentioned that Poison Idea show at the Acheron on February 14 with Child Bite and Chud, but now that show also features the killer crossover thrash revivalists Iron Reagan (tickets). Poison Idea's Long Island show initially had Iron Reagan billed too, but they'll instead be joined by fellow hardcore legends Sheer Terror at that show (tickets). Sheer Terror have other shows too.

For even more, browse our 'Metal' section, and see what's up over at Invisible Oranges, like our new Lemmy obituary and Tribulation interview. And don't forget to check out the Best Metal of 2015.

Happy headbanging. Did we miss anything?