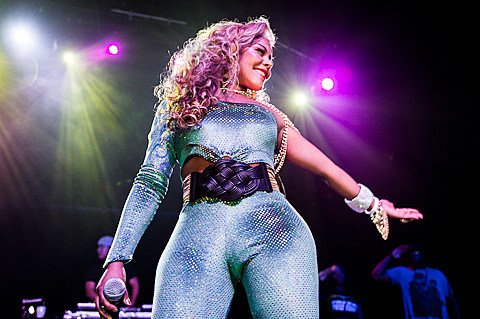 Lil Kim, who made a welcome return last year, is playing a NYC show TONIGHT (4/26) at Gramercy Theatre. Tickets for tonight's show are still available.

Shabazz Palaces' tour with THEESatisfaction hits NYC tonight (4/26) for a sold out show at Bowery Ballroom.

Chicago rapper ShowYouSuck is coming to NYC for a show on May 3 at Knitting Factory. That bill also includes Bronx crew B.I.C. (Bitches Is Crazy), Goldie Glo, D Stunna, and Hipster Rogers. Tickets for that show are on sale now.

Bitches Is Crazy just released a free album for 4/20 (but it actually came out on 4/16), Influence. It fits right in with the recent influx of NYC weed rap we've been getting from Flatbush Zombies, The Underachievers and A$AP Mob. Pretty cool stuff. Download it at bandcamp or stream it, along with the videos for "DOPM" and "Yo Soy Widdit," below.

As just mentioned, collaborators Flatbush Zombies and The Underachievers, who are currently on tour with Joey Bada$$, are playing a free show in Red Hook Park on June 4 as part of this year's Summerstage season.

Miami rapper Gunplay is set to release a new mixtape, Bogota this year (not to be confused with last year's Bogota Rich: The Prequel mixtape), and is also talking about a new album, Medellin. He recently revealed the video for "Pyrex," which will presumably appear on one of these releases. You can watch that below. Gunplay will come to NYC for a show at SOB's on June 10. Tickets for that show are on sale now.

Hip hop collective Phony PPL are doing a residency at Brooklyn Bowl which includes shows on May 1, June 5, July 3, and July 31. Each show has different special guests. For the May 1 show, it will be Allan Kingdom and Roofeeo. Guests for the other three shows TBA. Tickets for all four nights are on sale now. 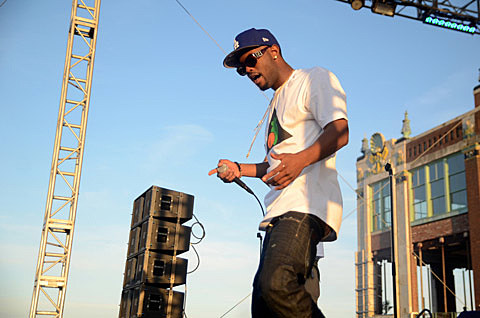 Another good Brooklyn Bowl show happens when Casey Veggies and XXL Freshman Travi$ Scott bring their tour to Brooklyn Bowl on May 19. Tickets for that show are on sale now.

You can download Casey's recent mixtape Life Changes, which features appearances by BJ the Chicago Kid, Dom Kennedy and others, and production by The Futuristiks, Harry Fraud, and others, over at DatPiff.

The Brooklyn Bowl show is two days before Travi$ Scott and the rest of the XXL Freshmen class (Schoolboy Q, Joey Bada$$, Ab-Soul, Action Bronson, Angel Haze, and others) play the XXL Freshmen show at Best Buy Theater (5/21). Tickets for that show are still available.

Another XXL Freshman, Logic, who recently signed to Def Jam, is playing a NYC show on June 22 at Irving Plaza. Tickets for that show are on sale now.

Dizzy Wright, Nitty Scott, and others are playing The Studio at Webster Hall on May 22. Tickets for that show are on sale now.

Not exactly hip hop, but Kelly Rowland and The-Dream are playing Best Buy Theater on May 30. Tickets for that show go on sale today (4/26) at noon.

All streams and videos below...