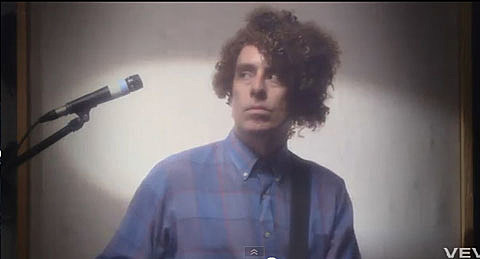 As mentioned, Julie Klauser has some upcoming appearances in NYC, including one at The Bell House on Thursday (9/20) for a screening of The Monkees 1968 film, Head, with former MTV News journalist Kurt Loder, Rolling Stone's Rob Sheffield, and Monkees historian Eric Lefcowitz; and another at The Bell House on October 17 for Julie's How Was Your Week podcast with Ted Leo. You'll also have a third chance to see her when she participates in a live recording of the Going Off Track podcast at Union Hall on Saturday (9/22) with Thursday's Geoff Rickly, Texas Is The Reason's Norman Brannon, and blogger Sarah Lewitinn (aka Ultragrrrl). Tickets for all three of those shows are on sale now.

Speaking of Ted Leo, as mentioned, his tour with Aimee Mann hits NYC for three shows next month. Ted is also featured in Aimee's new video for "Labrador," which was directed by Tom Scharpling, and also features his WFMU cohort (and Superchunk drummer) Jon Wurster and actor Jon Hamm. You can watch that below.

Norman Brannon of Texas is the Reason

Speaking of Texas Is The Reason and Thursday, as mentioned, TITR added a show happening at Music Hall of Williamsburg on October 10 with ex-Thursday and Rival Schools project States & Kingdoms, one day before their sold out Revelation 25 show at Irving Plaza (10/11). Tickets for the MHOW show are still available.