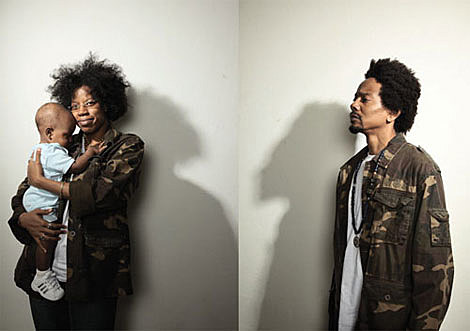 You may know Dudley Perkins by his nom de guerre, Declaime. The Madlib collaborator has released quite a few LPs under both of his pseudonyms as well as with Georgia Anne Muldrow aka Patti Blingh. The duo crafts some serious California FONK, and will unleash said booty-shakers upon SOB's in NYC on Feb 28th and at Fat Beats for an in-store earlier that day. Tickets are on sale for SOBs. The pair recently dropped the vinyl/iTunes only Heaven or Hell and will release the SomeOthaShip LP via Mello Music (digital 2/16, physical 2/23). Dig on "Endure" from the EP, and "Get Up" from the LP above.

Royce the 5'9 has recently been making moves with Slaughterhouse, the hip hop "supergroup" featuring Crooked I, Joell Ortiz, and Joe Budden. Both Royce 5'9 and Crooked I are scheduled to perform at SOBs on March 9th, but no word on if the NYC/NJ based half of Slaughterhouse (Joell Ortiz, Joe Budden) will make an appearance. Tickets are on sale

Kidz In The Hall's new LP Land of Make Believe lands on Duck Down Records on March 9th, and the duo will hit the road for a pair of dates with 88 Keys, Izza Kizza and Doonis including Highline Ballroom on 2/28 and Ram's Head in Baltimore on 3/4. Tickets for Highline are on sale.

Some videos (including KITH's "Jokebox" and "We Gone") and all tour dates are below...

Kidz In The Hall - "Jukebox"