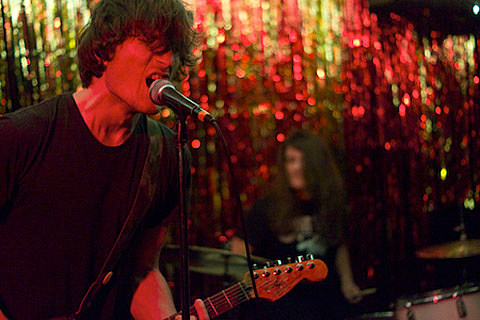 Brooklyn punks Low Fat Getting High recently released their new EP, Bad Yoga, which as I said before, "kicks off with three tracks of menacing, breakneck-speed punk, and culminates in a fourth track of Bleach-style noise and sludge." It's a great release, and you can now stream it in its entirety, below.

As they usually do, LFGH have some upcoming local shows. One of those is TONIGHT (7/26) and FREE at Don Pedro (90 Manhattan Ave) in Brooklyn. That lineup also includes The Amputees, Old Monk, Clean Girls, Bloom, Dead Sexy Sheila, and Designer. Show flyer below.

Then on Monday (7/29), they open for The Can't Tells at The Studio at Webster Hall for a show that also includes Glow God and Body Parts. LFGH are also opening one of The Can't Tells' four Pianos shows that they're doing as part of an August residency at that venue. LFHG are on the final show (8/27), and the other ones happen on 8/6, 8/13, and 8/20 with different openers. Tickets for the Studio show and all four Pianos shows are on sale now.

Stream Low Fat Getting High's Bad Yoga EP, along with a Can't Tells video, below...

The Can't Tells - "Lying to Myself"

Lying to Myself from The Can't Tells on Vimeo. 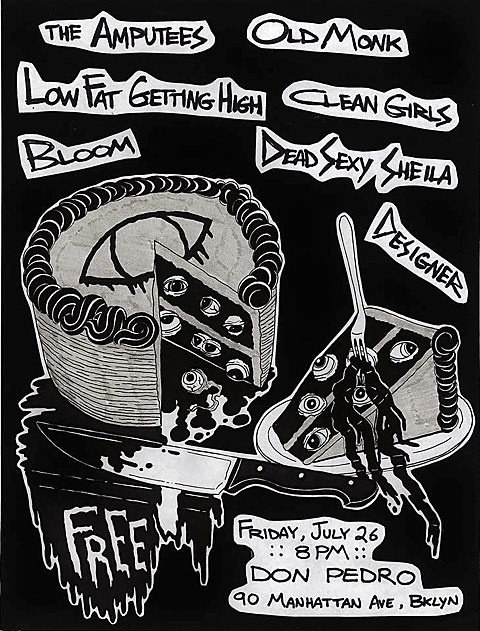