"Looks like Stu Spasm from Lubricated Goat just scored to put Spain ahead 1-0 (or was that Wurzel from Motorhead?) #WorldCup #GER Germany #ESP Spain" - Mike Rubin 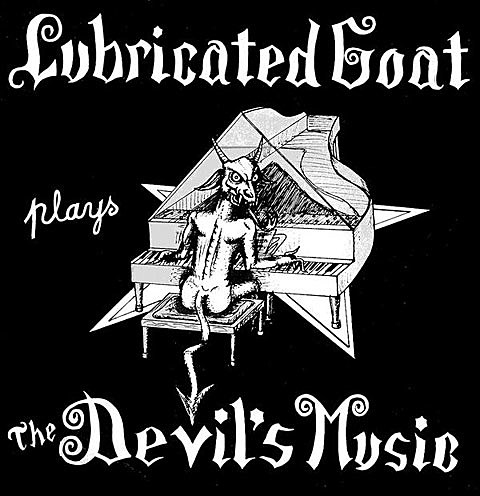 Noise Magazine: I'm 'quoting' Nick Cave 'cause your music captures the darkest side of the Australian swamp rock/noise scene from Birthday Party, The Scientists, Beasts Of Bourbon to Lubricated Goat or even Bird Blobs... Is this among your main influences/inspiration sources? You've been on the bill with a bunch of those Australian bands too. What's your connection with them? Kristian is basically from Australia, right?

Woman's Kristian Brenchley: Thank you, in fact I am Australian but have but have been living in NYC since 2001. As for those Australian influences, stuff like The Birthday Party is in our blood down there. Same goes for AC/DC. So, I can't pick up the guitar without a little of that coming out! But we don't try to sound a certain way, I think once you start with that you're doomed to failure. As for the Bird Blobs, I've known Tim for 15 years and he lives in NYC now. So we have been playing on the same bills all that time. [Tim and I] took what we had in Melbourne in the '90's and moved it over here.

Though they aren't participating in the AmRep Anniversary show in Minneapolis, reactivated Australian noise rock terrorists Lubricated Goat are still back at it with Stu Spasm, the only oringinal member, behind the mic. Their last show was at Bruar Falls in June. Catch them next at Union Pool on August 6th alongside Pink Reason and NYC/Australian band Woman. The show is the only show scheduled for all three bands.

Former Lubricated Goat (and Swans) drummer Vinny Signorelli will be in Minneapolis to play AmRep's anniversary show, though he'll be there with his band Unsane. Unsane are scheduled to play NYC on August 5th alongside Keelhaul, Pigs, and Disappearer at Santos Party House, where the band will perform all of their landmark LP Scattered Smothered & Covered. Tickets are on sale.