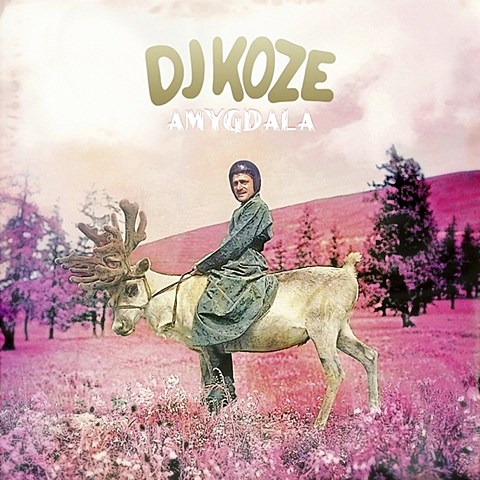 As usual, newish Williamsburg dance club Output has a ton of great upcoming shows, including James Murphy, Rustie, Zomby, SBTRKT (DJ set), the just-mentioned Duke Dumont show, and a number of Bunker parties. A bunch of other good shows were recently announced too, including...

German producer DJ Koze, who released Amygdala, an excellent guest-filled album with Caribou, Apparat, Matthew Dear, Milosh (of Rhye) and more, this year, will play an "extended set" at Blkmarket's daytime/night time party at Output on August 10. That party also includes sets from John Roberts (live), Carsten Jost, Taimur & Fahad, and Ostrich. Tickets for that one are on sale now. You can stream Amygdala in its entirety below.

On August 9, jazzy UK beatmaker Floating Points will be teaming up with NYC's FaltyDL for an Output show. Tickets available on Resident Advisor and Ticketfly.

Resident Advisor is throwing a party at the venue, that will sprall across the main room and the Panther Room, on August 3, which includes sets from Robert Hood as Floorplan, Shifted, Holly Herndon, MGUN, Marcellus Pittman, Joey Anderson, and more TBA. Tickets for that party are on sale now. Flyer below.

And lastly (for now), one of those Bunker parties we were talking about above is an especially notable one happening on August 2 with Demdike Stare headlining. The rest of the lineup includes Atom™ and The Bunker's Derek Plaslaiko. Tickets for that party are available on Resident Advisor and Ticketfly. Flyer below.

All flyers and some song streams below... 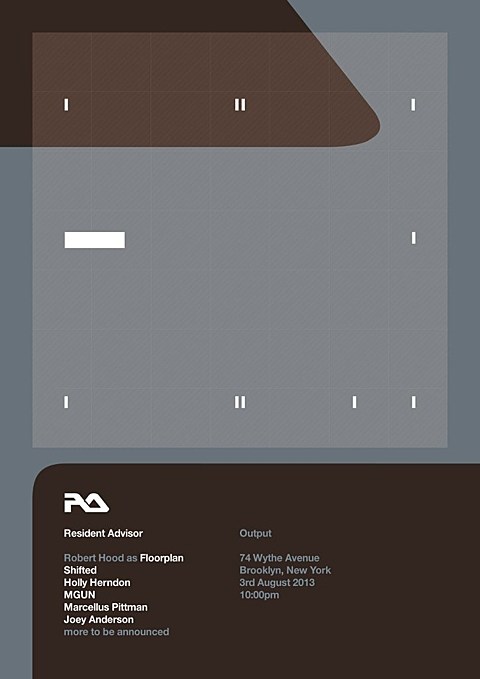 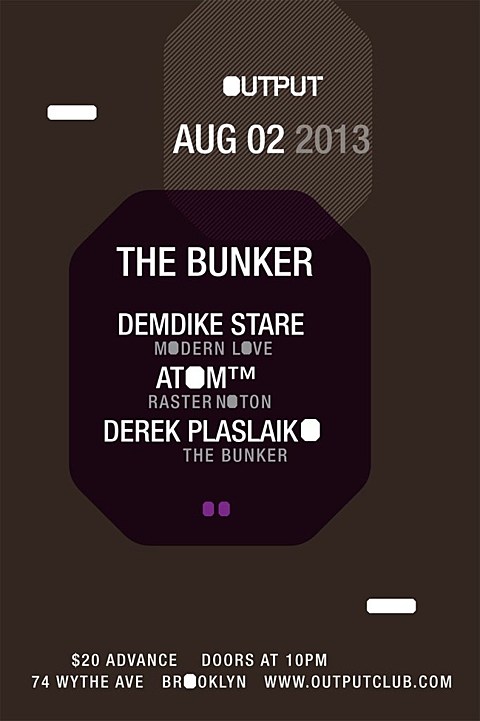