Psychedelic Furs at Wellmont in 2009 (more by Tim Griffin) 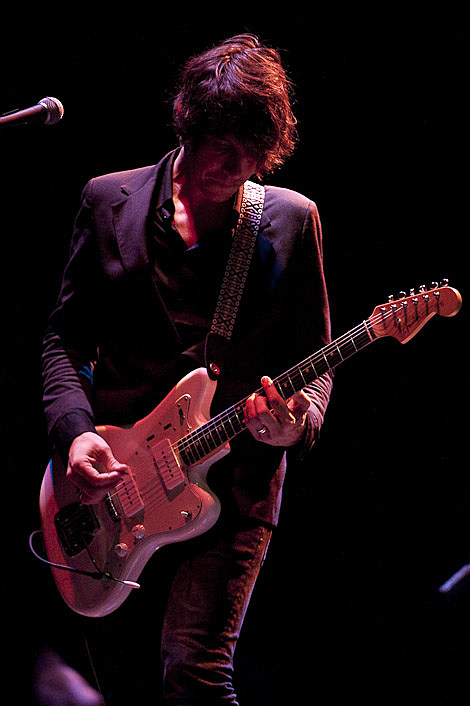 The Psychedelic Furs recently reissued their sophomore album Talk Talk Talk (home of "Pretty In Pink") in Europe, where they toured the album in its entirety. On Saturday (6/25), they kicked off a tour for the album in America. That tour doesn't hit NYC, but they will come through in October for a traditional show at Irving Plaza on October 3 with Tom Tom Club. Tickets are on sale now.

Both Psychedelic Furs and Tom Tom Club also have festival appearances scheduled in August and both are playing the Hamptons. As mentioned, Tom Tom Club play Music to Know Fest in East Hampton. Psychedelic Furs were added to Escape to New York at the Shinnecock Reservation in Southampton, NY on August 5 - 7. Tickets are still available. Other recently confirmed acts include Of Montreal, Savoir Adore, Reptar, Mates of State, Tiger Love, and Jolly Boys.

Full Escape to NY lineup and all Psychedelic Furs tour dates below...