Just saw your post on the show at the Avalon. I was there as well and can without a doubt say that it was one of the strangest show nights I've been to in a while. After he got kicked off stage, Teddy took his guitar and went to play an acoustic set out on the sidewalk. That got shut down with what seemed like the threat of arrest if he continued. Anyway, my friend got a shot of him on the street, so I'm sending along. - Erin

TEDDY THOMPSON | BEFORE AND AFTER POLICE INTERVENTION 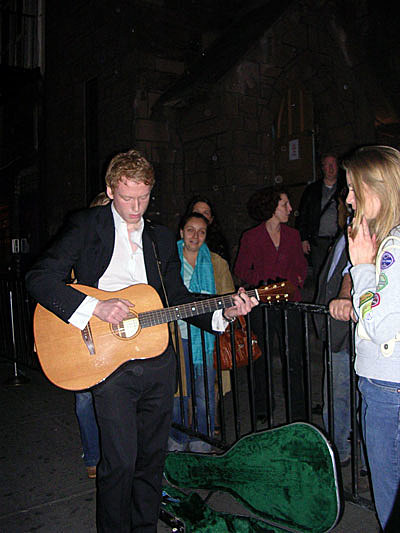