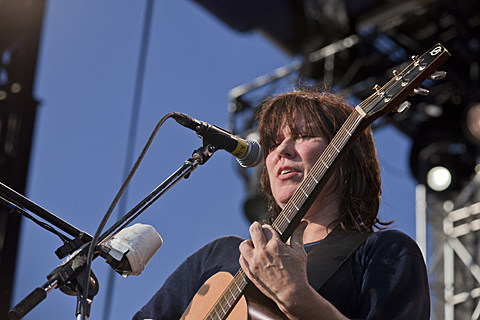 As discussed, The Breeders are playing their last Last Splash shows this December on a short tour leading up to their New Year's Eve show in Austin. Speedy Ortiz will be supporting many of the dates, including both NYC shows happening on December 19 and 20 at Webster Hall. Tickets for both nights are still available, and we're also giving away a pair to each night. Details on how to enter to win, and the full list of tour dates, below.

UPDATE: In addition to performing Last Splash like they've been doing all year, the NYC, Chicago, Boston, and Austin stops will also feature full performances of their 1990 debut album, Pod.

Meanwhile, the Kim Deal-less Pixies are also touring and they'll be in the NYC-area for shows in Port Chester and NJ this January.

Speedy Ortiz also have other upcoming dates, including a NYC show with Los Campesinos! on January 22 at Irving Plaza (tickets) and a tour with Grass Is Green.

All dates are listed, along with contest details, below... 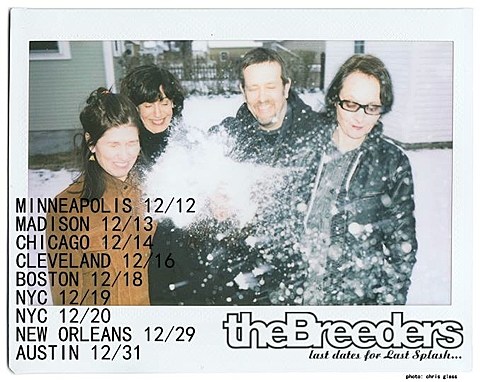