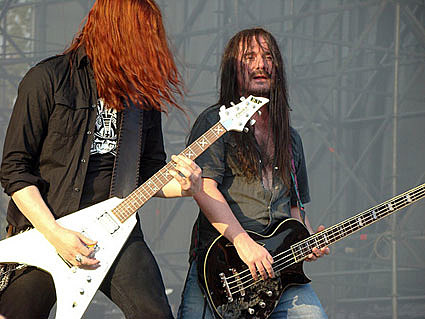 Remember that rumored Carcass show line-up? The one with 1349, Suffocation, Necrophagist, Aborted, AND Rotten Sound? Confirmed, for at least some of the shows anyway (NYC being one of 'em). Let me explain....

The "Exhume To Consume Tour"(Carcass) will intersect with the "Pillage The Village Tour" which sees Necrophagist teaming up with Dying Fetus, Veil Of Maya and Beneath The Massacre. According to the band's individual myspaces and Blabbermouth's reporting on "Pillage" and the Carcass shows, that means that the date at the Palladium in Worcester, MA will get BOTH tours on a single bill and NYC will have Dying Fetus added to the already stupid-ridiculous lineup. So based on those sources, we have the whole thing all Encyclopedia-Brown-ed out for you, down below.

So NYC now gets a mini-festival of sorts..... as we can expect Carcass, 1349, Suffocation, Necrophagist, Aborted, Rotten Sound, AND Dying Fetus. Doors at 11AM (not really).

Dig on the ill flyer (STILL loving that Re-animator theme), and all tour dates, below..... 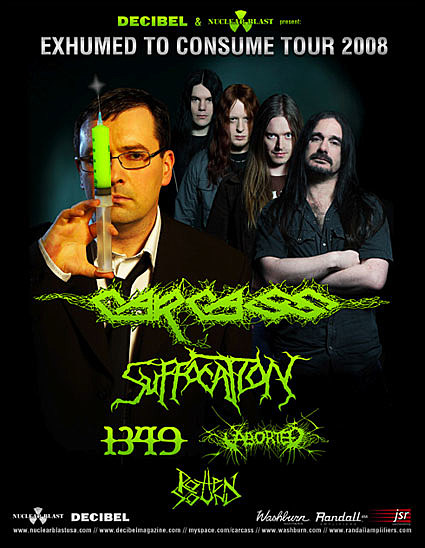