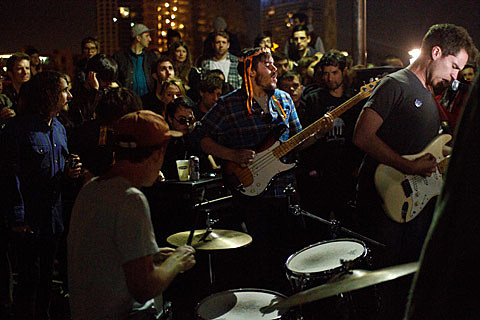 As mentioned, Crossing Brooklyn Ferry, the festival curated by The National's Bryce and Aaron Dessner, will return to BAM from April 25 to 27. Since we last spoke, the lineup has been expanded to include Parquet Courts, Phosphorescent, Burgundy Stain Sessions w/ Doveman, Exitmusic, Graphic Score: Clara Claus w/ Bryce Dessner, People Get Ready, Derek Bermel, and Timo Andres. Those artists join the previously announced lineup of The Roots, Solange, TV on the Radio, David Longstreth, Julia Holter, Eleanor Friedberger, and more.

Check out the day-by-day lineup, which includes a film shorts program each day, a TBA visual art installation, and an afterparty/dance party on the Saturday, below. 3-Day passes and tickets for April 25, April 26, and April 27 are still available. 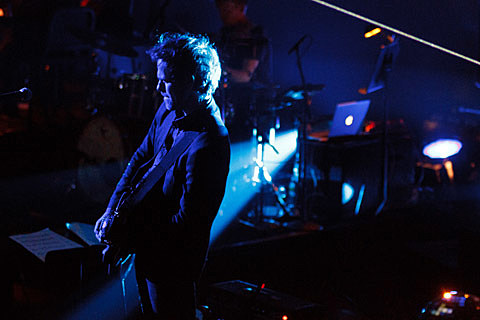 In related news, The National, who have been playing material live from their upcoming album, Trouble Will Find Me, have just officially revealed album single, "Demons." Check out the video for that track below.

The National's tour includes their huge Brooklyn show at Barclays Center on June 5 with Youth Lagoon. Tickets for that show are still available.