Body/Head at Union Pool in September (more by Adela Lotone) 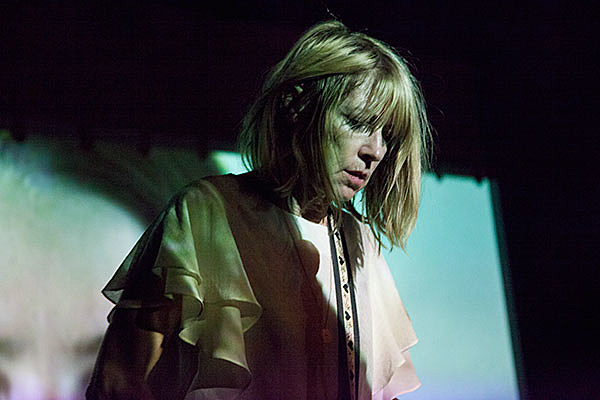 Kim Gordon and her duo with Bill Nace, Body/Head, just took part in this past weekend's New Yorker Festival, and as discussed, Kim will be honored with a benefit at Issue Project Room happening on November 13 and 14. Since we last spoke, updated lineup/ticket info has been posted.

Night 1 (11/13) features Body/Head performing as a trio with no wave legend Ikue Mori rounding out the lineup. Tickets go on sale to ISSUE members today (10/7) and the general on-sale begins Friday (10/11). The first night also has a VIP reception at 7:30 which features Kim performing solo and another "special musical guest" TBA. VIP tickets are on sale now.

Night 2 (11/14) features Kim performing with two duos. One of her sets will be with Jutta Koether, who she previously worked with on Her Noise, and the second duo set is with a special guest collaborator TBA. Tickets go on sale to members today (10/7) and general on-sale begins Friday (10/11).

A video of Kim Gordon performing with Ikue Mori in 2004, below...