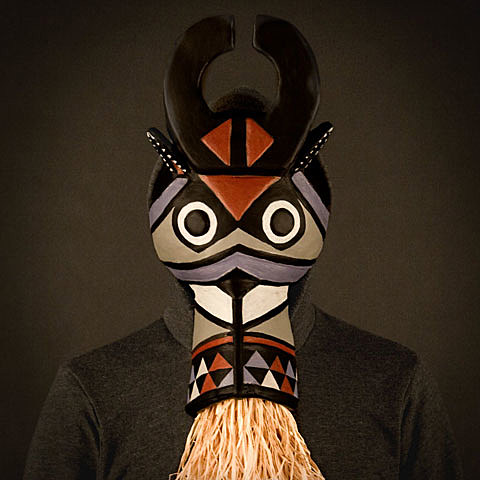 Back in June, we announced the killer initial lineup for Moogfest 2011 (October 28, 29, 30). That lineup just got even better with additions including TV on the Radio, Special Disco Version featuring James Murphy and Pat Mahoney, St. Vincent, SBTRKT, Flying Lotus, YACHT, John Maus, Araabmuzik Baths, Zomby, Active Child and more. It was also announced that Brian Eno, part of the initial lineup, will be presenting Brian Eno's 77 Million Paintings and "Illustrated Talks" as part of this year's fest.

Speaking of CANT (aka Chris Taylor of Grizzly Bear), he revealed the song "Believe" from his upcoming debut LP yesterday. Stream the track below. The album comes out September 13 on Chris' own Terrible Records. He's also got an upcoming tour surrounding Moogfest which includes a show on October 25 at Bowery Ballroom. Tickets are still on sale.

Speaking of SBTRKT and Little Dragon, Drumma Boy remixed the SBTRKT song with Little Dragon's Yukimi Nagano on lead vocals. Shabazz Palaces is also featured on the remix (compare that to Drake's version). Grab the track above via Gorilla vs Bear. Shabazz wrote on Facebook today, "Besides the release of Black Up, I don't think I've seen one article on here create such a surge of activity as this Wildfire Remix has. Amazing."

Sampha, who sings live with SBTRKT and on his album, also recently released his own song, "Indecision." Stream the track below. Moogfest is one of the stops on SBTRKT's recently announced US tour that also hits Bowery Ballroom on October 31 (with Araabmuzik) and Music Hall of Williamsburg on November 1. Tickets for both shows are still on sale.

Little Dragon plays a BV-presented Record Release show at Music Hall of WIlliamsburg TONIGHT (8/16). The show is sold out, but if you don't have tickets you can catch them in NYC again on their headlining tour which hits Terminal 5 on October 14. Tickets are still on sale.