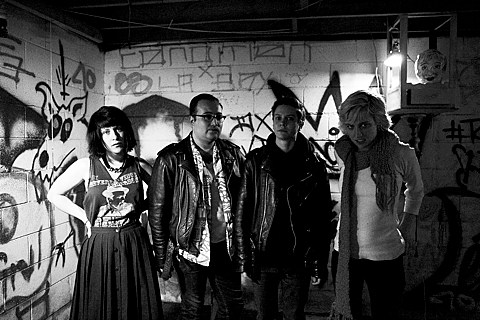 DC postpunks Priests have a few shows coming up this month, including opening the DC stop on the Pissed Jeans / Purling Hiss tour tonight (2/7), and as discussed, they come to NYC for the Don Giovanni showcases this weekend. Those showcases kicked off at DbA last night (2/6), and they continue at MHOW tonight with Laura Stevenson, Shellshag, Nude Beach, Upset and Worriers. Priests play Saturday (2/8) at MHOW with Screaming Females, California X, Brick Mower and Black Wine. Tickets for tonight and Saturday (including a 2-day pass option) are still available. Priests also return to NYC later in the month on February 16 at The End (94 Bogart St) with Lazyeyes, Truthers and more TBA.

Priests have also announced that they're planning an April tour with UK punks Good Throb. And that's with an emphasis on UK punks. Good Throb use a strong accent in the brash, crude way that the Sex Pistols did, though musically they're more of the dissonant '80s/'90s post-hardcore variety. It's great stuff, and though not too similar to Priests, if you're a fan of one band you'll likely dig the other. You can stream two recent 7"s below and download them for free at bandcamp.

Most dates for that tour are still tentative, but we do know the two bands will hit NYC together on April 5 at Death by Audio. And if you're into the kind of punk that Priests and Good Throb make, that DbA show has a great all around lineup. There's local support from Nuclear Spring, whose 2013 7" was one of my favorite punk records to come out of NYC last year (they haven't played a hometown show in a while either). There's also local support from the great La Misma, and Boston punks Exit Order round out the bill. Admission is $10 at the door. 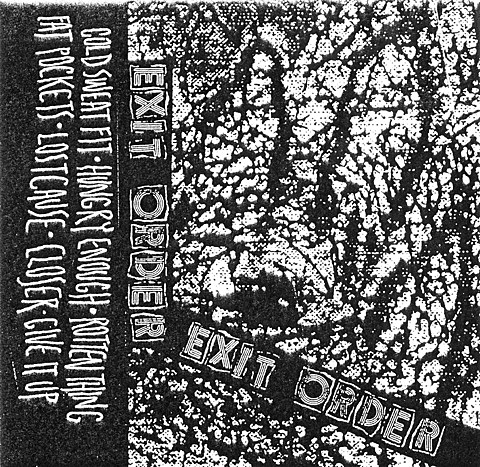 If you haven't checked out Exit Order's 2013 7-song demo tape, the whole thing is a total ripper. Of the DbA bill, Exit Order are probably the most straight-ahead, in-your-face punk band. The singer sounds like she's literally putting everything she's got into it, with all kinds of pent up anger and aggression coming out in every word. She's matched in intensity by the mile-a-minute band, and as a whole this Boston crew is delivering the kind of power some bands never manage to recreate in the studio, let alone on a demo tape. You can download it (name your price) at bandcamp and stream it below.

All known Priests dates are listed, along with streams from each band on the DbA show, below...

Nuclear Spring - "You Tie The Rope"