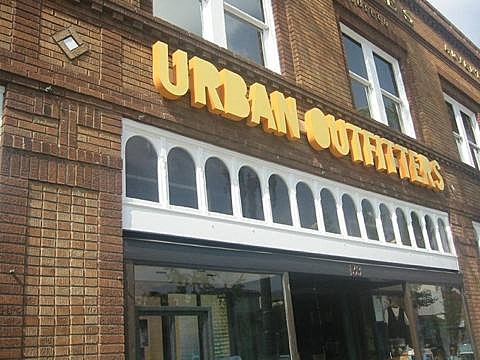 Not so long ago, North 6th Street in Williamsburg was home to a long line of meat processing facilities, Tops grocery store, punk bar Sweetwater, Coyote Recording Studio, and not much else. These days, it's kind of become/becoming the new Meatpacking District, with a glut of foot traffic on Friday and Saturday nights, and bars and clubs opening left and right. (And a few good music venues too.) Retail chains too, with a planned multi-story Urban Outfitters opening at 98 N. 6th, right next to where Coyote used to be. The NY Daily News reports that in addition to fashion and furnishings for young folks, Urban Outfitters wants to sell booze there too:

The chic threads shop is one of a whopping 37 new applicants for a liquor license in North Brooklyn. A total of 106 spirit-slinging establishments were before the community board Monday, most to renew existing permits.

But the head-turner was Urban Outfitters, which many residents don't even want to open.

"The whole point of bars in this neighborhood is that they are owned by people who live here, they are small local businesses," said Alicia Cantor-Palm, 29. "It doesn't make sense for (Urban Outfitters) to be here anyway."